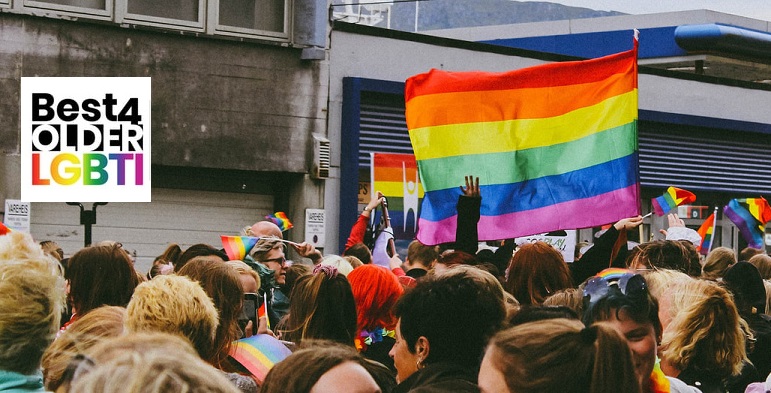 AGE Platform Europe was invited by its Portuguese member organisation CAS050+ to participate in the launch event in Porto of a new EU-funded project against the multiple discrimination based on age, sexual orientation and gender identity. The Best4OlderLGBTI project intends to raise awareness of the issues related to sexual orientation in older age and promote the rights of older Lesbian, Gay, Bisexual, Transgender and Intersex (LGBTI) people. It involves partners in Portugal, Italy, Ireland, the Netherlands, Greece and Romania. In Portugal, the project is directed by CAS050+.

Maciej Maciej Kucharczyk, AGE Policy Director, presented the state of play of age discrimination in the EU, with a special focus on the discrimination based on age and sexual orientation, and highlighted existing gaps in EU legislation. View Maciej’s presentation here. The issue of older people’s sexual rights was also been brought to the forefront during our Ageing Equal campaign run end of 2018 to mark the 70th anniversary of the universal declaration of human rights. Read our campaign thematic blog page here.