AGE members marked the EU Day of Solidarity between Generations

The European Day of Solidarity between Generations on 29th April is a momentum seized by many older people organisations across the EU to better promote intergenerational challenges and opportunities.

Despite the COVID-19 context, this year was no exception.
Find out some of these iniatives...

"Loneliness is THE new disease of civilisation, which has been clearly intensified by the Corona pandemic. Loneliness hurts, it makes people mentally and physically ill and it can affect all generations. If we want to strengthen social cohesion and generational solidarity, we have to fight loneliness effectively!" says PVÖ President Dr. Peter Kostelka.

The President of the Pensioners' Association also made clear that loneliness is by no means exclusive to old age. The reasons for loneliness are manifold and many young people in Austria fall into social isolation due to unemployment, poverty and illness.

In Spain, CEOMA underlines intergenerational solidarity and cooperation as key in fighting against 'ageism' and building a fairer and more inclusive ageing society.
AGE Spanish Member organisation denounces the age stigma and discrimination that are acquired at a very young age, often arising from a lack of understanding of the realities of both younger and older age groups. One of the most effective ways to combat age discrimination and 'ageism' is for CEOMA to bring all age groups together, allowing them to get to know each other better, learn from each other's experiences and cooperate with each other in their daily lives.

Promoting intergenerational solidarity and cooperation will also help address some of today's societal challenges. Valuing the contributions of each age group will bring economic and social benefits to all.

Also for les Ainés du cdH in Belgium, fostering intergenerational interactions is beneficial "to break down prejudices and to recognise ageing as a resource to be valued". They help share knowledge and skills and create positive emotions such as self-esteem and life satisfaction.

Read their statement (in French) 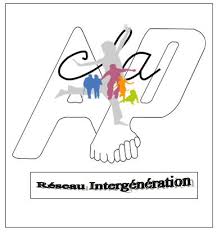 As for the second time, they could not organise a large gathering to mark the EU Day, ACLAP decided to publish a document sharing testimonies from AGE and representatives of public authorities, organisations and private companies, showing the interest for intergenerational issues in different sectors of our society. AGE French member organisation also shared examples of intergenerational good practice initiatives.

Read the statements (in French)

In Begium, Entr’ages organized its yearly ‘Semaine de l’Intergénération’ (Intergenerational Week) from 23 to 29 April 2021. For one week, Belgian French-speaking communities and non-for-profit organisations shed light on their many diverse intergenerational initiatives: cultural or sports workshops, conferences, roundtable debates, exhibitions, etc.
The aim of this event is to make intergenerational issues better known to a wide audience, to exchange practices, to promote the richness of intergenerational relations and to break down age-related stereotypes.

Link to the event

In Slovenia, a few days ahead of the EU Day, ZDUS participated in the event "Studio Europe: What does the ageing of Europe bring?" alongside with the Youth Council of Slovenia and a number of MEPs. ZDUS’ Vice President Jožica Puhar presented on that occasion their position on the Green Paper on Ageing.

In Italy, 50&Piu shared AGE position and messages in an article in Italian, relaying our response to the EU Green paper on Ageing and our call for an EU Age Equality Strategy.

Read the article in German