The declining level of pensions is raising much concern and strong protests in Spain. Since January 2018 pensioners and retirees have been demonstrating in the streets of Bilbao every Monday to protest against the pension reforms decided by the Spanish government and to call for more decent pensions. This call was joined in Madrid on 22nd February by thousands of retirees demonstrating in front of the Congress of Deputies.

In an interview for Euronews, José Ramón Landaluce, spokesperson of Nagusiak, AGE’s Spanish member association of retirees and pensioners of Bizkaia, warns of the negative impact of the government reforms, namely with regard to the 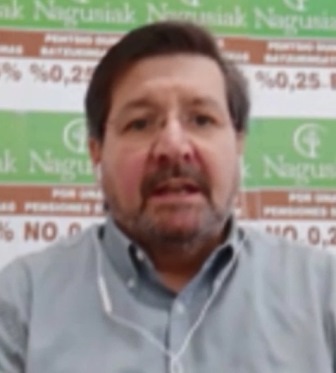 very low annual pension rise of 0,25%: "We only know that the country is doing well, the economy is recovering and that our pensions continue to fall, since the CPI (Consumer Price Index) is above that rise, what we are doing is losing purchasing power year after year", explains Landaluce. Another reform that is bringing Spanish pensioners into the street is the pension ‘sustainability’ factor which will enter into force in 2019. This measure will link the level of pensions to the life expectancy at the time of retirement. “As life expectancy continues to rise, in 20 years, pensions will stay in the middle" warns Landaluce, calling for those who have not yet retired to join the protest. 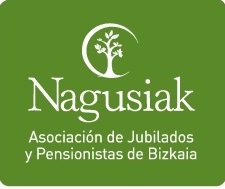 The Spanish association is calling for the lowest pensions to be adjusted to the minimum wage and, that in case of widowhood, the spouse's income is not reduced. Landaluce explains that some of its members have pensions of between 300 and 400 euros, so if they do not own a home and have to pay rent, they end up eating only rice and pasta.

With the rising average age in Spain, more and more retired people and pensioners will join the movement and will not stop until they are guaranteed a decent pension, insists Landaluce.

Read and watch the whole interview here (in Spanish)