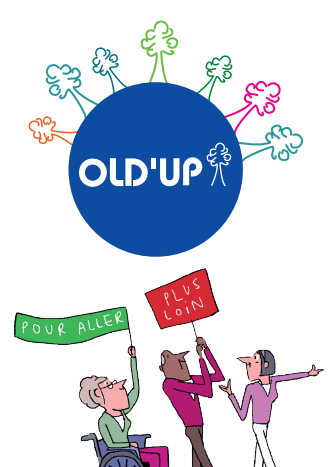 The French senior organisation OLD’UP has published the results of a national survey they conducted from 24 April to 13 May on the effects of COVID on people over 70 in France.

The association collected the testimonies of 5,385 seniors on their feelings and thoughts about the health crisis through an online questionnaire and a telephone hotline.

While two-thirds of respondents considered COVID-19 to be a serious hazard, 73% said they encountered no difficulties during containment. Nearly two thirds even took advantage of this period as an opportunity to take up artistic or intellectual leisure activities, organise one's space, reconnect with old friends or relatives; and 41% feel they have learned and made progress in using computer tools.

If during this crisis many initiatives have been put in place to help the older population, Old'Up survey shows that they have also been part of this solidarity in helping others as grand-parents, neighbours, volunteers…

Many survey respondents fear in particular "a major world economic crisis with equally enormous social repercussions", "the return in force of populism and borders between states" or a reduction in their freedoms.

42% believe that the crisis will not have a positive effect on solidarity in our society.

« Being old does not mean the end of our ability to be responsible citizens for the present and the future of our society and 85% of "senior citizens" are not "dependent" or suffering from serious illnesses» concludes OLD'UP founder, Marie-Françoise Fuchs.