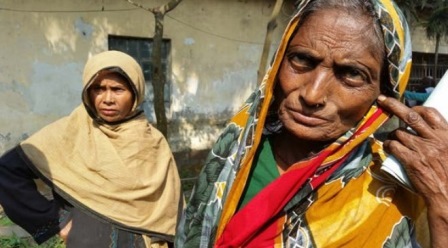 In light of 1 October, the international day of older persons, organisations of older people and development NGO’s in Flanders launched a common call for action regarding the precarious situation of older people in third world countries. “Despite demographic ageing around the world, older people remain too often a blind spot in development policies”, they say.

According to numbers of the World Health Organisation, the number of older people worldwide will double in the coming years. By 2050, older people will make out 21,5% of the world population, compared to 12,3% today. In detailed numbers, the amount of older people will grow from about 870 million today to over 2 billion by 2050.

During the last few decades, life expectancy has risen sharply in many low- and middle-income countries. This poses new challenges for these countries. “We need to ensure that older people can stay independent and healthy as long as possible. The more older people can live independently, provide informal care for family members and help with the education of the children, the more they can become a driver for growth”, says Nils Vandenweghe, director of the Flemish Council of the Elderly. “But a lot of developing countries still have a long way to go in this regard. We need to provide more international guidance and support.”

The organisations also ask the federal government to participate actively and constructively in the UN discussions concerning the possibility of a convention on the human rights of older people. “A specific convention would put improving the living conditions of older people much higher on the political agenda, just like it did for children, women and people with disabilities.”