Peace and unity as essential drivers for progress - testimony from Malta

To mark 2018 European Year of Cultural Heritage (EYCH 2018), AGE is committed to promoting Europe’s cultural heritage and the positive role it can bring to the daily lives of EU citizens of all ages. For AGE, the European cultural heritage is about universal values we stand for as Europeans, which should help foster dialogue, mutual respect and cooperation, so that the European Union eventually gets stronger for the benefit of all its citizens today and in the future.

We have the pleasure to give the voice to Ms Mary Farrugia, a member of the National Association of Pensioners (NAP), Malta, who shares with us her engagement, contributions and feelings about the European Union (EU) cultural heritage:

AGE: What does being a European mean to you? 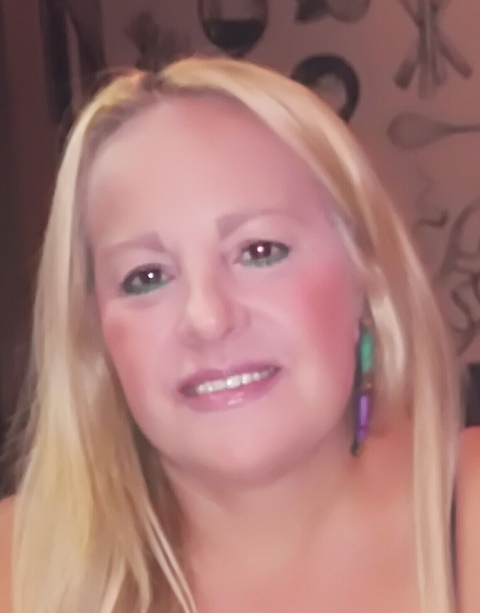 'Ever since its inception the European Union has been a hallmark for peace, unity, integrity, democracy, solidarity and economic growth for all its member states.  Through the mutual adoption of these principles EU Member States have managed through the past 60 years or so to strengthen these beliefs by adopting them as basis for legislation and policies in the governments of their own respective countries.  Consequently, implementation of these policies based on these concepts have resulted in a more peace and better standard of living for all European citizens.

The everyday life of each of us has been made safer, more inclusive and more aware of the important and demanding issues that face the countries, towns and cities that we live in.  Of course big challenges are still present and these must be faced with courage, good will, cooperation, and finally with brave decisions. Issues concerning emigration and integration, the environment, health and education, economic and political issues, and the fight against poverty and all types of discrimination are everyday items on the agenda of the European Commission, the Council, and the European Parliament.  As a European citizen I feel that in some way I belong to this one big country in which I can actively participate freely through unhindered travel, job opportunities, partaking of services like in health and education and also by being able to express my preferences for example in the European Parliament elections. I also feel safe in the knowledge that, if need be, I can resort to systems and institutions that are just and fair and that serve the interests of the European citizen.

From the young student to the senior citizen, the EU as a governing body of nations strives to guarantee that often elusive goal of a peaceful and thriving standard of living for all its peoples.'

AGE: What is the added value of the European Union in your daily life?

MF: 'The European Union has left its imprint on the way we live our lives on a daily basis.  As a European citizen that has lived in an EU member state – Malta - for the past fourteen years, I can say that most of the changes that took place have mostly been through the intervention of the EU and the adoption of the EU laws, regulations and directives which have been transposed into national legislation. Through these years Malta has managed to make the best use of EU funds, coupled with national funds, for projects dealing with major infrastructural changes, for health projects, for educational projects, for financial and pharmaceutical projects and also for innovation and research enterprises.

Practical examples are the considerable number of Maltese workers working in EU institutions in Brussels, Strasbourg and Luxembourg, and in other EU agencies spread in all EU member states. With regards to the education sector many students benefit from numerous exchange programs throughout the EU member states. In Malta also a lot of improvement has been achieved with regard to health and safety issues. People are more aware and observant of safety rules thus saving injuries and in some cases lives as well. Also we can say that the introduction of the euro currency has been well adopted by Malta making it easier in business transactions and attractive for foreign investments to set up their trade in Malta.  In the past few years due to the favorable business environment created by membership in the EU Malta has seen a good number of foreign investments setting up their operations in Malta and offering good job opportunities to workers be they Maltese or from other EU countries.  This has brought with it cascading results that affect the economy in a positive way. These workers bring over with them their different identities, cultures and traditions that often integrate well with our own traditional ones. Ideas are exchanged, traditions are contrasted and best practices are identified for the good of all.'

AGE: What value, tradition, knowledge or principle would you like to convey to younger generations so they join you as active supporter of the European project?

MF: 'As stated earlier the founding principles on which the EU was set up, that is, to achieve peace, unity and economic growth within all European nations, must not be forgotten but upheld and be the basis on which major decisions are taken.  It is important that our younger generation realizes and understands that without peace and unity progress will only take a step backwards.  So they must be made aware of the history of the EU, how and why it was set up, its achievements so far, and what are its goals and objectives for the future.

They will see this through the number of opportunities that the EU has in place for youngsters and students.  Today we can safely say that a high percentage of young people have actively participated in one program or other. This exposes them to integrating with others from different countries than their own, exposes them to discussion and consultation and to the realization that being different is beautiful and that progress can be achieved through integration and acceptance of one another.

In Malta this year since our capital, Valletta, is the European Capital of Culture, the organizing Committee has drawn up an intensive calendar of events packed with cultural and artistic initiatives spread throughout the whole year. This is attracting many young people, artists, musicians, actors, who are coming over to perform in Malta. This serves also as an example for young people to have fun together and to collaborate and make exchanges in the entertainment sector.'

AGE: What do you think should be improved to build a stronger and sustainable Europe?

MF: 'I think at present one of the key words that EU countries should keep in mind is – cooperation - among themselves.  For a number of years now the EU has been struggling to gain consensus on the problem of illegal immigrants that are crossing over from Libya to the southern Mediterranean countries.  It is clear that consensus has not been reached because countries are putting first their own self interest, acting individually and not as a community which is the over-riding spirit of the EU.  This issue now is one of the main items on the agenda of the new Austrian Presidency. Let’s hope that significant progress will be made sooner than later on a lasting solution to this problem.

The environment is a major concern for today’s and tomorrow’s future generations. We are seeing the state our oceans are in, full of plastic refuse that we have thrown in systematically throughout the years. It seems that everything we touch or use in everyday usage, if not treated with a civic conscience in mind, will eventually end up polluting our water, land or air. We have to act now and the EU is in a position to do this, good will prevail.

Foreign Trade with countries outside the EU, e.g. the ongoing trade discussions with the USA on tariffs and importation of goods. The EU needs to negotiate carefully since this will impact heavily on the EU economy.

The negotiations on Brexit are also a priority.  This is a challenge for the EU to garner support from all EU countries and to speak as one mind on the conditions that will regulate the exit of the UK from the European Union.'

Read here a portrait of the National Association of Pensioners (NAP)