The German AGE member BAGSO hosted a debate on older generations and the global agenda 2030 in January 2019, in which AGE participated. The conference raised an important question: as senior citizens’ organisations, what is our role in attaining the aims of the UN Sustainable Development Goals (SDGs)? The debate was underpinned by an exhibition by HelpAge Germany, presenting ‘Hidden Heroes’, six women from developing countries who silently contribute to attaining the SDGs.

‘We should not be discouraged because we cannot help everybody’, said BAGSO president and former German Vice-Chancellor and Minister for Employment and Social Affairs introducing the event. ‘Rather, we should help those whom we can help’. This keynote rang throughout the conference. 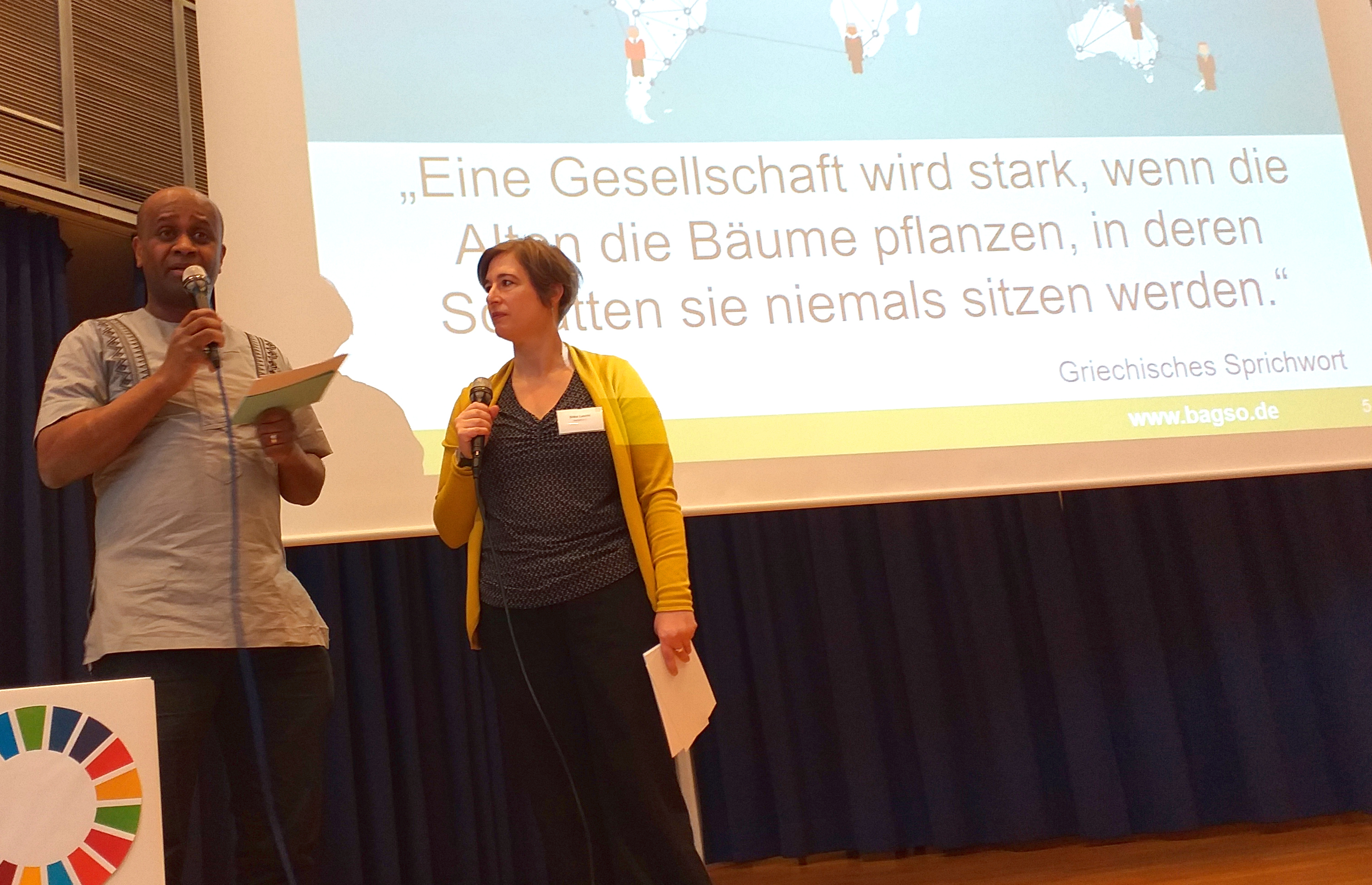 Ms Lisa Warth of the United Nations Economic Commission for Europe highlighted the numerous SDGs that also apply to older persons, making the SDGs a tool to achieve better societies for older persons. Some goals, such as the ones on health and well-being, on eradicating poverty or on sustainable cities and communities have a direct beneficial effect on older people, but they are seldomly mentioned as such. In fact, many goals only refer to ‘all people’ or ‘all ages’ as a target group, leaving older people either completely out of the scope of the SDGs or only as a large aggregated group. This situation misses the point of the diversity of situations in which people age. These limits were presented by Nadine Böttcher of HelpAge Germany.

Debates and breakout sessions focussed on what concretely senior citizens’ organisations can contribute to achieving the SDGs, such as getting engaged in initiatives for projects in developing countries, exchanging knowledge with citizens in the ‘global south’ and making the work of organisations in itself more environmentally sustainable. 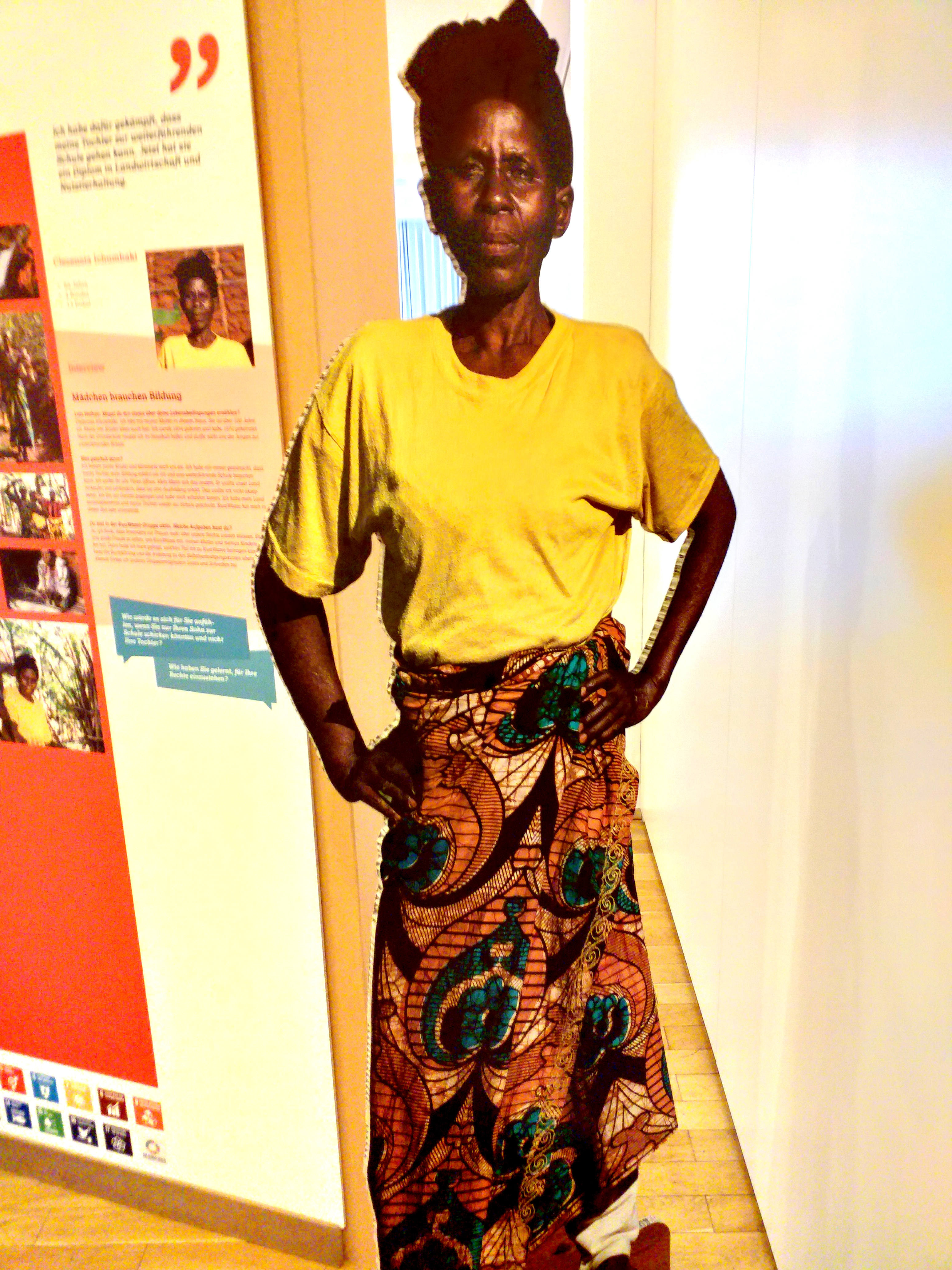 Mr Seidel emphasised that the absence of concrete targets for older people in the SDGs sheds light on the lack of awareness for age discrimination and the persistence of ageist stereotypes. He highlighted initiatives, such as AGE’s #AgeingEqual campaign, to combat such attitudes. Apart from this, he highlighted that the SDGs in themselves are a useful compass for action also in developed economies – which is crucial in a context where the Europe 2020 Strategy is about to expire and the European Pillar of Social Rights lacking an implementation plan. Also Mr Seidel pinpointed the responsibility of senior citizens’ organisations towards a sustainable future: their voice is specifically needed in debates on the regulation of sustainable finance an issue that receives increased attention on European level.

This approach was met by the youth representative, Ms Freitag: she emphasised that a sense of responsibility is needed by older generations to leave a 'liveable' planet for the coming generations, and that dialogue between generations is needed to achieve this. Also, citizens of all ages must put pressure on politicians to make sustainability acceptable to all.