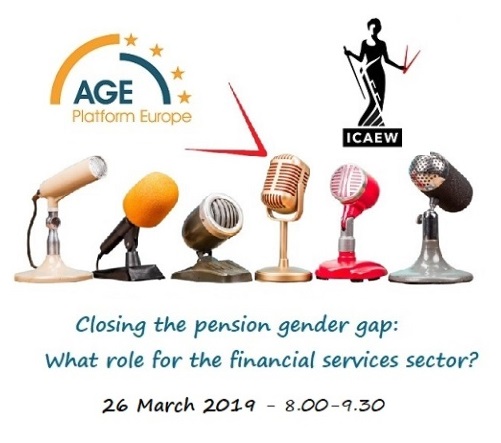 On 26 March AGE co-organised a breakfast debate with the Institute for Chartered Accountants for England and Wales (ICAEW) on the gender pension gap, as part of a series on Women in EU Finance, organised by ICAEW. AGE Secretary-General Anne-Sophie Parent highlighted the many factors that lead to a staggering gap of 37%.

PEPPs: a EU Commission proposal to enable women to save individually

The breakfast debate brought together officials of the European Commission and Finance industry. Ms Nathalie Berger of the Commission’s Directory General (DG) Economy and Finance sketched out the actions the European Commission has undertaken to address the gender pension gap. She pointed out that while the Commission has been working on increasing women’s labour market participation through the proposal for a work-life balance directive and the Barcelona targets on childcare, some positive actions can also be noted in the financial area: she emphasised the directive creating a Pan-European Personal Pension Product could enable women who do not have income from work because of career breaks to still contribute to their pension.

AGE: look at women’s realities and what pensions have to finance 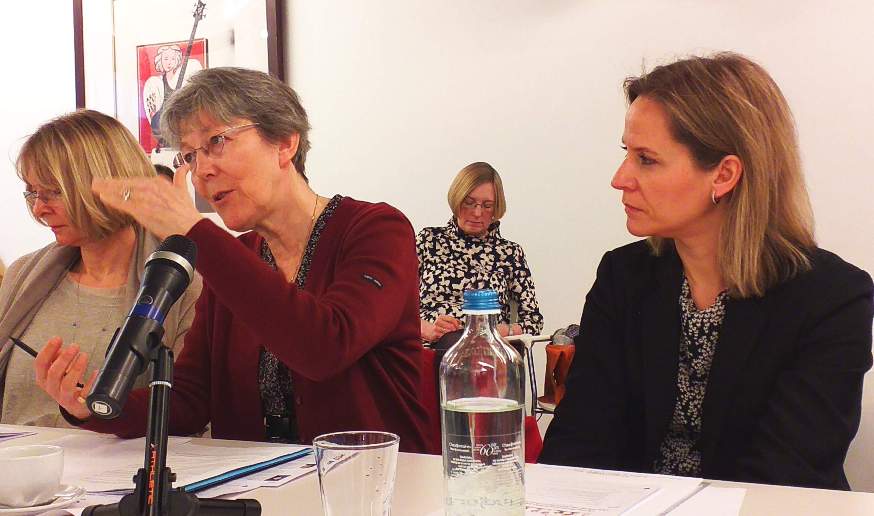 Anne-Sophie Parent replied by pointing out the many factors that are underpinning the gender pension gap. She emphasised the importance AGE has been putting on analysing the adequacy of pensions from a gender perspective, a call which has been followed by the European Commission in the 2018 Pension Adequacy Report. The report looks at adequacy not only from a standard full average-wage career, but also calculates replacement rates for career interruptions, early retirement and late career onset, making it a more realistic reflection of the life situation many older women are facing. Ms Parent also highlighted the need to assess what has to be financed by a pension, first and foremost health and social care: while women have higher life expectancy than men, their healthy life expectancy is approximately the same, reinforcing their need for health services. While many more women are aware of how important it is to plan for their own pension, it must be kept in mind that many women have not chosen the kind of life that has an impact on their pension: the absence of care services for children and family members in need for care is something they need to compensate for.

Michaela Koller, from Insurance Europe, a professional association of insurance providers, showcased an impressive example of how a workplace can rethink its human resource policies from a gender lens. After a review, her organisation identified important wage gaps and an absence of women in leadership positions. It took a proactive stance and intense internal discussions to progress towards gender equality within this organisation.

Elisabeth Ottawa, of the insurance company Schroders, spoke about the importance of creating more awareness for pension incomes and what they have to finance. She presented a study by Schroders where people were surveyed about their expenses in retirement. Non-retirees systematically underestimated the actual expenses during retirement, and pensioners by and large receive less than what non-retirees consider necessary to live comfortably. Ms Ottawa pointed out that this is especially true for many women.