AGE comments on WHO draft report on non-communicable diseases 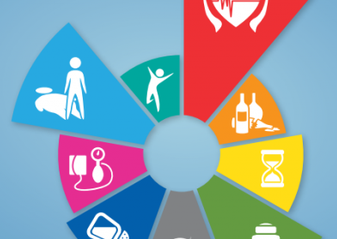 Non-communicable diseases (NCDs - also called chronic diseases) are one of the major challenges for development in the 21st century. The prevention and control of those diseases are included in the 2030 Agenda for Sustainable Development, considering the scope of the World Health Organization (WHO), the leading UN agency on this issue. This is why an Independent High-level Commission on Non-communicable Diseases (NCDs) was set and met for the first time in March 2018. Its main objective is to provide a set of recommendations to WHO Director-General by early June 2018.

In April 2018, a web-based consultation was opened to invite interested stakeholders to comment the draft report, which made no mention of the issue of ageing. This draft also uses the term premature death instead of avoidable or preventable death, and focusses its remarks on the age group 30-70 which is contrary to the facts of three quarters of NCD deaths occur within the 65 plus age group. This is why AGE decided to provide its comments on this draft report in order to make the ageing dimension of this issue more visible, in line with the comments made by Age International and other stakeholders sharing the same vision. We concluded by recommending that the document should take better account of UN and WHO existing initiatives - such as the work of the Open Ended Working Group on Ageing on the rights of older people, the UN Convention on the Rights of persons with disabilities and WHO work on healthy ageing and on ageism - in order to ensure a genuinely inclusive approach that does not leave anyone behind, in particular the very old.  (see AGE comments here)

Visit here the webpage of the consultation

What is the Independent High-level Commission on Non-communicable Diseases?

The WHO Independent Global High-level Commission on NCDs was established by WHO Director-General Dr Tedros Adhanom Ghebreyesus and runs until October 2019. It is co-chaired by President Tabaré Vázquez of Uruguay; President Maithripala Sirisena of Sri Lanka; President Sauli Niinistö of Finland; Veronika Skvortsova, Minister of Healthcare of the Russian Federation; and Sania Nishtar, former Federal Minister of Pakistan.The Commission includes heads of state and ministers, leaders in health and development and entrepreneurs, from various backgrounds, experiences and regions. They all join forces to propose bold and innovative solutions to accelerate the prevention and control of the world's greatest killing diseases – heart and lung disease, cancers and diabetes – and the promotion of mental health and well-being.

For more information on this consultation and AGE work on NCDs, you can contact Julia Wadoux, julia.wadoux@age-platform.eu