AGE has joined force with other EU public interest organisations working on financial services to call for an ambitious EU financial supervisory reform that would deliver adequate protection to EU financial consumers. 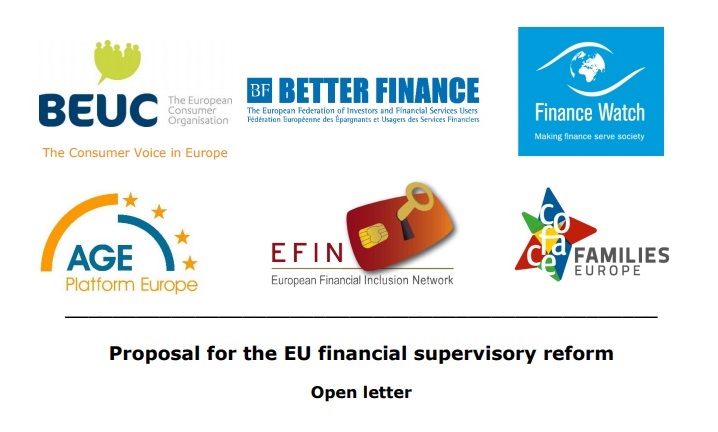 In September the European Commission published its proposal for the review of the European Supervisory Authorities (EBA, ESMA and EIOPA – ESAs). The aim is to reform the ESAs’ mandate, governance and funding to underpin the Capital Markets Union, the EU’s flagship project in the area of investments. Extremely disappointed with this proposal, AGE has co-signed, together with BEUC (the Consumer Voice in Europe), Better Finance, Finance Watch, Coface-Families Europe and the European Financial Inclusion Network (EFIN),  a joint letter to the heads of the European Union institutions, European Supervisory Authorities and key policy makers on the review of the European system of financial supervision. The current proposals on the reform of the ESAs are far from the ambition needed to put in place a framework for financial supervision that ensures the protection of consumers and the financial system.

Among the main shortcomings highlighted:

In our joint letter, we also propose a number of recommendations to address those shortcomings and allow the necessary ambitious reform of the ESAs.