Assistive Technologies (AT) can help older persons live independently for longer. However, they are often experienced as stigmatising and uncomfortable due to a lack of relevance, poor design, or weak reliability. Therefore, older persons too often give them up instead of benefitting from them. The EU-funded MATUROLIFE project aims at addressing this gap by co-designing prototypes of new ATs with end-users. Functional but more fashionable, desirable and acceptable AT solutions in the areas of footwear, clothing and furniture will be developed. AGE will ensure during the whole duration of the project, together with EUROCARERS, the genuine end users’ engagement in the prototypes’ development. 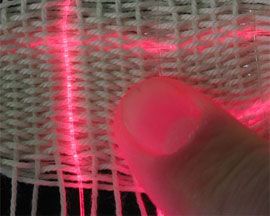 Most existing ATs are currently used for tele-monitoring, fall prevention, healthy eating, physical activity, and robotics. MATUROLIFE will make a breakthrough by developing smart textiles and fabrics to contribute to the independence, quality of life and dignity of older persons living in urban areas. Better designed and accepted ATs will also help reduce the costs of long-term care due to reduced needs.

To do so, MATUROLIFE will follow a genuine co-design approach. The co-design approach will take the form of co-creation workshops where older persons will be directly involved and will work together with designers. At a later stage, once the prototypes are developed, they will again be invited to test the suggested solutions. The workshops will be held in all nine countries of the project consortium to make sure that various cultural values are taken into account and if needed to adapt the solutions to each country.

AGE Platform Europe will be responsible to ensure the involvement of older persons as end-users, by running a Stakeholder Representative Panel during the course of the project and by recruiting individuals to participate in the co-creation workshops and in the testing phases of the developed solutions.

New technologies
Health
Design for all