On 7th February Mental Health Europe (MHE) organised an event in the European Parliament to discuss the role of positive mental health in promoting active and healthy ageing. The event gathered experts and policy makers including the Irish Minister for Mental Health and Older People, Helen Mc Entee.
Ageing often has an impact on the mental health of individuals and the rising life expectancy in Europe should lead decision makers to adopt age-friendly policies ensuring the social inclusion of older people through enhanced participation in society and inclusion in the community. 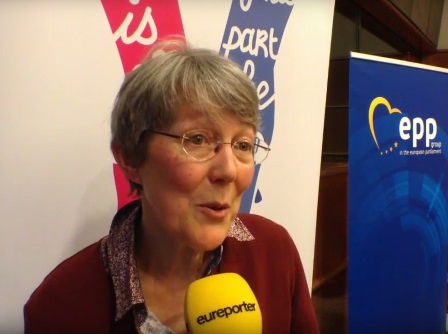 Interviewed during the event, AGE Secretary-General, Anne-Sophie Parent, insisted on the need to better coordinate action at EU level and exchange experience on how to effectively address the mental health issue among older people. She also added that little is known about the depression just after retirement or after the death of a partner, about the risk of burnout among informal carers - who are often older persons, and mostly older women - or about the impact of medication on older people’s mental health.

Listen to the interviewers here (AGE Secretary-General: at 3:32)