"Solidarity between generations: a focus on ageing workers" was the theme of the event organized by the Labour Market Observatory (LMO) of the European Economic and Social Committee (EESC) on 30 April 2019 to mark the 10th European Day of Solidarity between Generations.

The conference addressed the potential of the solidarity between generations as a way to ensure a fairer and more sustainable labour market in a context of ageing population. The focus was placed on the situation of ageing workers and the preconditions needed to enable them to stay active in a changing world of work.

Katarina JAKŠIC, European Commission (DG Employment), pointed out in her presentation to the opposite trends in employment rates between young and old: while the rate of young workers stagnate, older workers’ employment rate has been improving significantly. Yet, despite some positive trends, many older people in working age remain inactive. 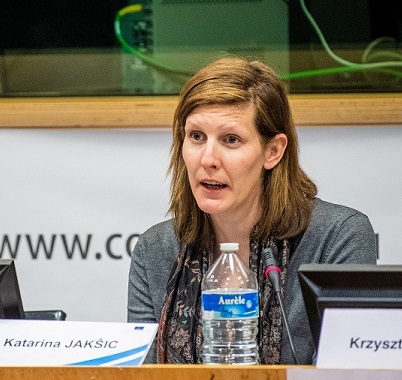 “There is a huge difference between older people who could be on the labour market and those who actually are. This means that employment will decline sooner or later. To keep GDP growth we need to speed up productivity”.

“The younger workers will have to be more productive in the future”.

To allow that, the role of education and upskilling or reskilling is critical – even more so with the rising trend of robots in the EU (stock of robots have quadrupled since 1993). Ms JAKŠIC insisted on the need to invest both in human capital and robot development.

“Jobs will remain, but tasks will change, hence the need for skill development”, she concluded.

At the cost of youth? 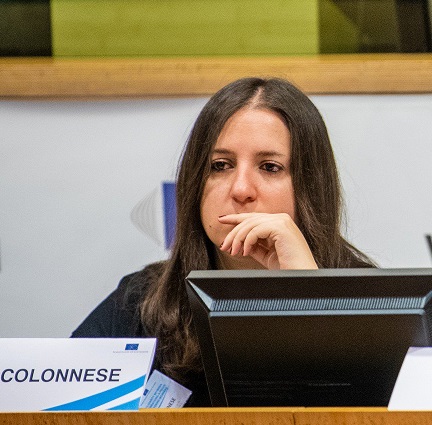 Flavia Colonnese, European Youth Forum (EYF), recalled the various difficulties faced by younger workers, such as longer studies, temporary contracts, lower salaries and more precarious working conditions, namely due to new forms of work. She referred here to a publication by the EYF ‘The Future of Work and Youth’, which looks at the 4 key global trends that will impact the labour market: globalisation, climate change, demographic changes, and technological advancements. Despite the societal changes they are involved in and ahead of the EU elections, Ms Colonnese denounced the lack of representativity of young people in the European Parliament.

Maciej Kucharczyk, AGE Platform Europe, called for further awareness raising about the diversity of situations within young and old age groups and of their common challenges. 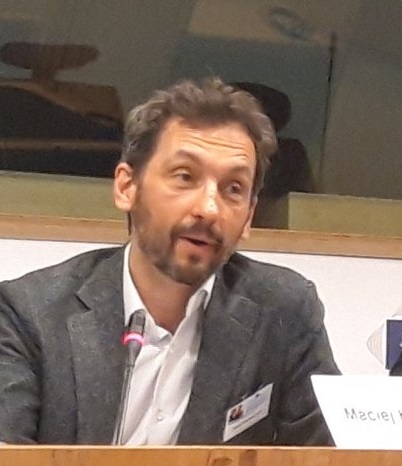 'We shouldn't oppose workers from different age groups, but instead address labour market changes and challenges across the whole life span. We will be all facing similar challenges at the succeeding stages of life as we age', Maciej insisted.

Fostering regular interaction among people from different age groups will help break down stereotypes, hence challenging stereotypes, prejudices and discrimination based on age. Ageism can affect both the younger and older workers and impact negatively their self-esteem and consequently their individual employment and career path.

Maciej further explained how promoting greater solidarity between generations can help to achieve the EU's goal of promoting active and healthy ageing while helping address other societal challenges, such as gender equality; work-life balance; inclusiveness of labour market; early school dropout; care needs of dependent older people and overall social cohesion. Maciej ended his presentation by outlining the existing EU framework and initiatives to support older workers and their rights.

Thereafter, the particular challenge faced by women on the labour market was described by Lina Salanouskaite from the European Institute for Gender Equality (EIGE), who pointed out in particular the pension gender gap and the structural barriers faced by women in the labour market, resulting in higher inequalities and risk of poverty among older women. You can see Mrs Salanouskaite’s presentation here.

Brenda O'Brien, EU-OSHA (European Agency for Safety and Health at Work) explained how support measures matter to support sustainable work in keeping us safe and healthy at work as we age. Promoting later retirement will result in a higher proportion of older workers in the workforce and of workers with chronic diseases. Workers will be exposed to occupational risks for longer. Yet, figures show that many older workers exit employment earlier for health reasons. If we want to change that, we need to improved safety and health at work, concluded Mrs O'Brien. Including for younger workers, since early intervention will have an impact later. 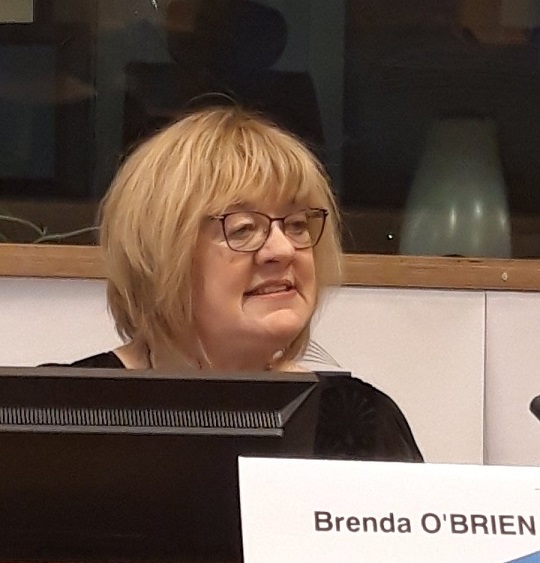 'Healthy young workers will turn into healthy older workers and healthy retired people. You need to start the process of making people healthy when they are young workers, said Brenda O'Brien.

A life-cycle approach is therefore necessary, as demonstrated in this publication by EU-OSHA: Towards age-friendly work in Europe: a life-course perspective on work and ageing from EU Agencies.

Oscar Vargas Llave, Research Officer at Eurofound (EU Agency for the improvement of living and working conditions) looked at the working conditions of workers of different ages and analyzed the factors that support workers to remain at work throughout the life course.

Those supportive conditions include: work-life balance, health and prospects (e.g. related to job security and training & development opportunities), which rely on factors such as the working time, the work flexibility, the support from colleagues and the quality of the management. 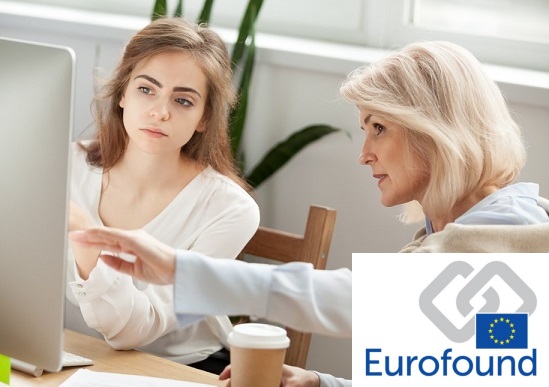 The key role of motivation in keeping workers in employment was also emphasized in a paper published by Eurofound in 2018: ‘The role of motivation for sustainable work’. Mr Vargas Llave also announced a new report to be published in September this year on chronic disease and the ability to work.

Last but not least, Jessie Fernandes, from BusinessEurope, presented the Framework agreement of the EU Social Partners on active ageing and an inter-generational approach, agreed in 2017. The agreement aims to increase awareness of the ageing related challenges and opportunities and suggests tools and measures to address an ageing workforce and support solidarity between generations.

The discussions demonstrated the need to activate all people - whatever their age - on the labour market, making best use of their skills, knowledge and experience. Inclusive and age-friendly labour markets are indispensable to allow everyone to grow professionally and fulfil individual aspirations, while ensuring fairness and sustainability in a changing world of work
Yet, the promotion of longer working life and inclusive labour markets has widespread and multifaceted policy and societal implications that a require holistic and life-cycle approach. The commitment and cooperation of all actors, at political, corporate and individual levels will be key in this respect.