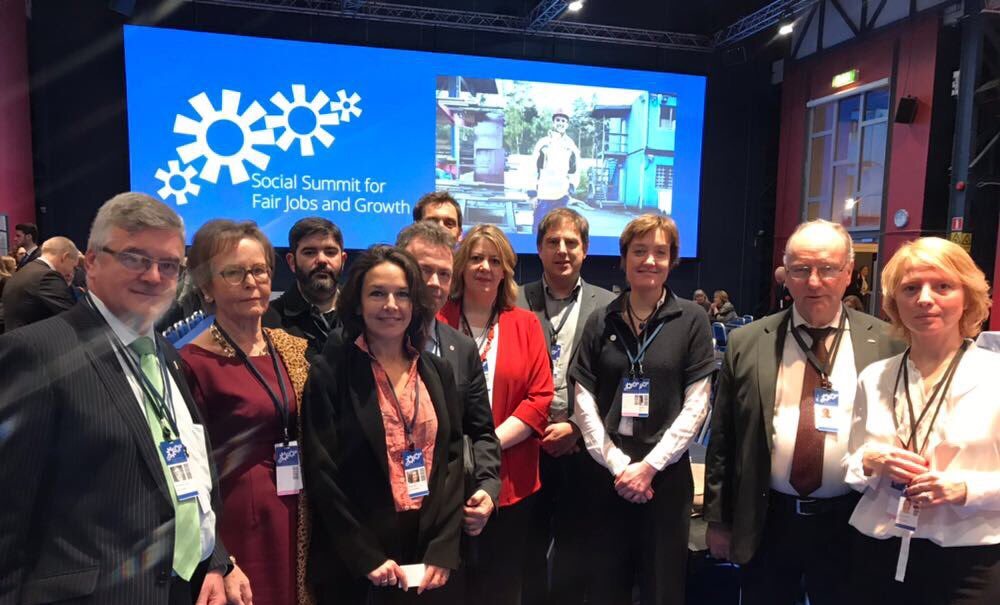 Part of a broader delegation of European NGOs members of Social Platform, AGE participated in the European Social Summit held on 17 November in Gothenburg, Sweden. Gathering the EU heads of state or government, the European institutions, the social partners and other key stakeholders, the summit discussed on how to promote fair jobs and growth in Europe. It was concluded with the official proclamation of the EU Pillar of Social Rights by the President of the European Commission, the President of the European Parliament, and the Prime Minister of Estonia signing the proclamation on behalf of the Council of the EU. This Social Summit was symbolic not only because it was a first one to be organised since 20 years, but also as it took place almost a decade of austerity measures following the  financial and economic crisis. The invitation of civil society also marked a step forward in bringing policy making closer to people’s lives.

The summit’s debate was split in three working sessions on: access to the labour market; fair employment conditions;  and the support in transition in between jobs. Since the focus of the event clearly laid on the social challenges linked to employment, the Social Platform’s delegation insisted on the scope of the EU Pillar of Social Rights going far beyond the labour market to cover other major social aspects, such as work-life balance and lifelong learning, but also the access to health and long-term care, to basic services, to a minimum decent income, etc. (read our related Special Briefing here) AGE hopes that the Pillar will be a start of an ambitious EU social agenda after 2020. To that end, we urged Member States to further reflect on the implementation of the Pillar at national level and called for the EU to link the implementation of the Pillar to the European Semester process, so as to ensure its relevance for the overall EU policy making. This call was also expressed in the opining discussion at the summit by the European Trade Union Confederation (ETUC).

In the area of employment, AGE seized the momentum of the summit to raise awareness once again on the growing pressure on people, and women in particular, to accumulate years in employment to enjoy a dignified standard of living in old age while age discrimination in the workplace remains a major obstacle to longer working lives (read our press release here).

Welcoming the recognition of the civil society as a partner in the debate on the Pillar, AGE together with the Social Platform delegation called for the social summit to be organised on a regular basis, e. g. every three year, in order to assess the progress made in the implementation of social rights. 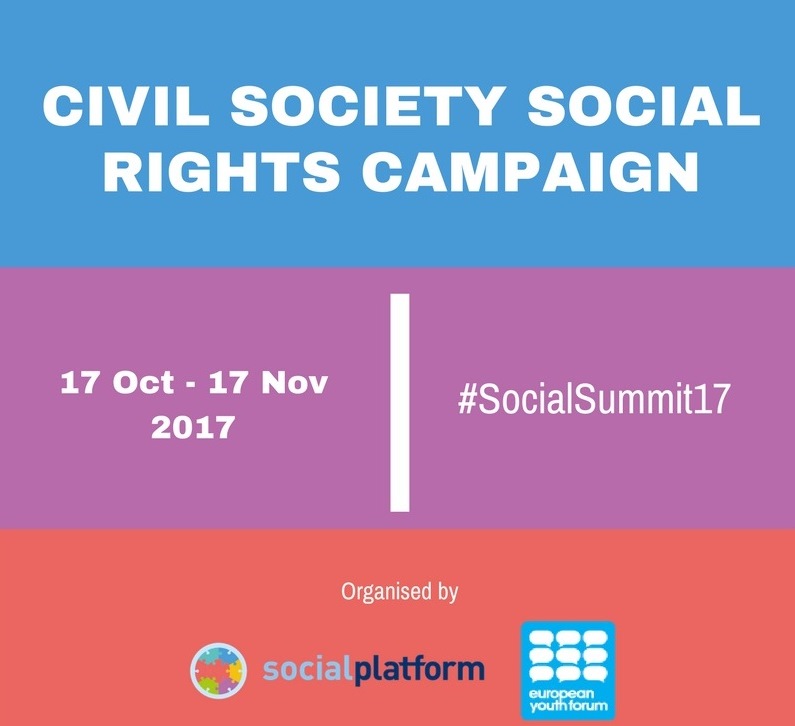 Ahead of the summit, AGE actively supported a joint social media campaign led by the Social Platform and the European Youth Forum. The objective was to give more visibility to our common social concerns and to the more specific priorities of each advocacy group. We seized this opportunity to recall our key messages in favour of an age-friendly European Union that fights poverty and inequality and supports independent, active and healthy ageing for all (read more in this article).