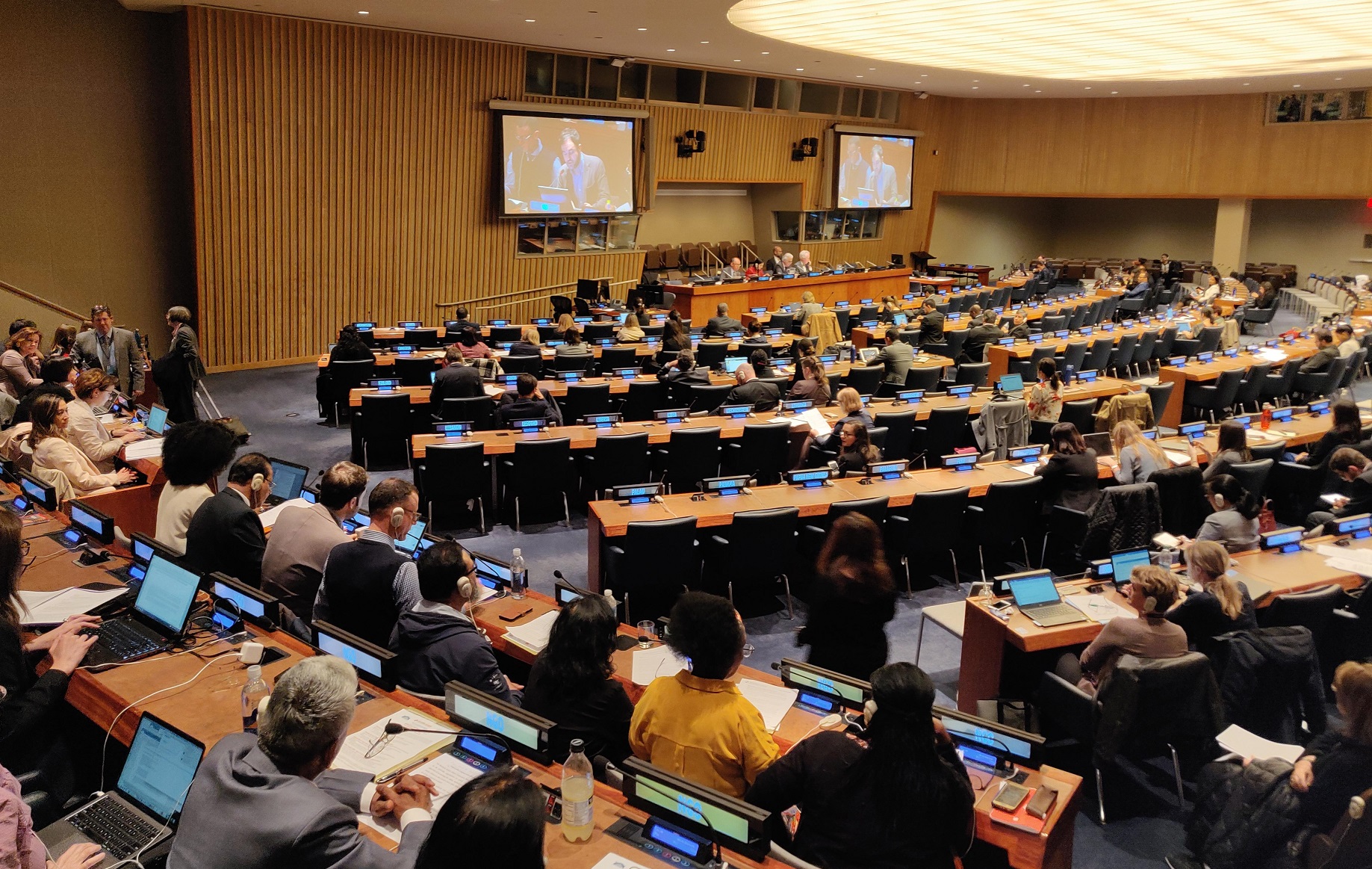 Hope and frustration, progress and stalemate: something is moving, but stronger political commitment is now urgent. These are some of the mixed feelings shared by participants to a recent United Nations meeting on ageing. AGE reports.

From 15 to 18 April 2019, member states, human rights institutions, United Nations (UN) agencies and civil society gathered in New York to attend the 10th session of the United Nations Open-Ended Working Group on ageing (OEWGA). This year’s session focused on social protection and education and how older people can experience obstacles in accessing those rights because of their age. The session also dug deeper into the topics of long-term care and palliative care, as well as autonomy and independence, from a legal perspective.

European countries were very unequally proactive. At the session it became visible that the 28 remain divided: some were explicitly supportive of moving forward, while others remained  cautious… and a majority of absentees was not even attending the discussions.

Europe gathers among the wealthiest countries of the United Nations and has the biggest share of older people in the world. Quite logically, participants in this Working Group on Ageing expect European countries to be among the frontrunners of older people’s rights. Despite some signs of openness shown by the EU, such expectations have not yet been, met.

The role of civil society: echoing the lived experiences of older people

AGE delegation at the OEWGA, headed by our President Ebbe Johansen, took part in all plenary sessions and meetings with other NGOs. 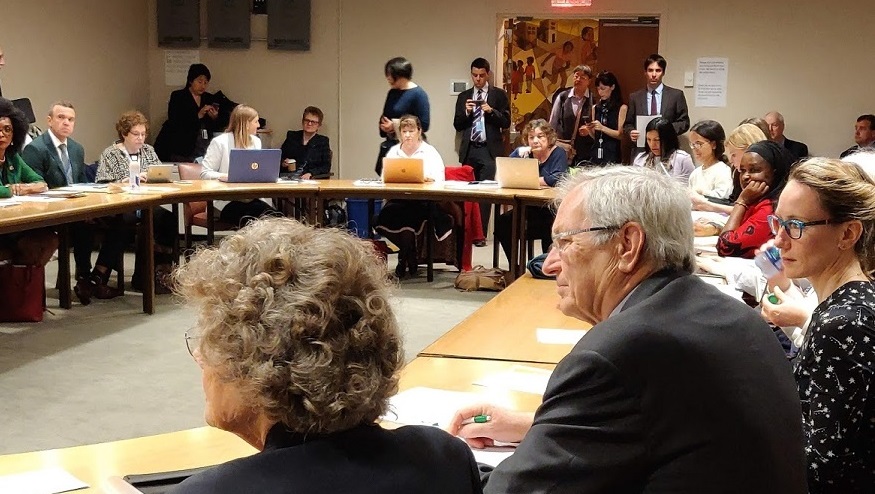 Besides official statements in plenary stressing the main points of AGE written contributions and taking the floor during the official discussions, AGE took the opportunity of this major stakeholders’ gathering to do some hands-on work. This was, for instance, the case at a side event organised with HelpAge International and the National Association of Community Legal Centres Australia to discuss how the rights to autonomy and independent should be implemented to ensure they remain accessible in older age.

In parallel of the plenaries, AGE got active in side events and meetings to stress the impacts that ageism has on the ability of older people to live as equals. One side event jointly organised with the European Union, HelpAge International, Equinet and the World Health Organization (WHO) highlighted the importance of building a new narrative about ageing, free of stereotyping, to advance our work around the enjoyment of human rights in old age. 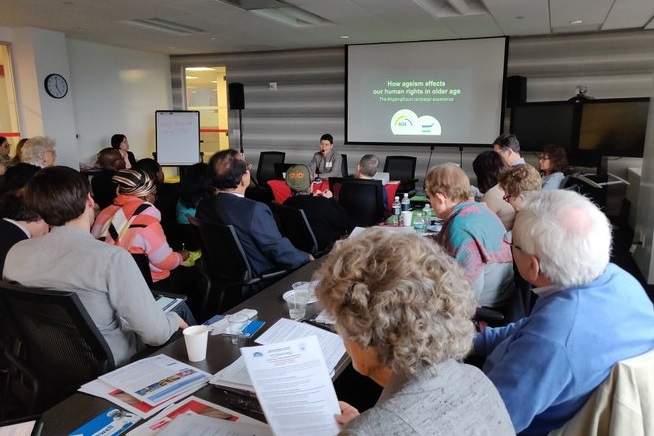 Building on the experience of our #AgeingEqual campaign against ageism run in late 2018, we delivered a campaigning workshop at the preparatory meeting organised by the Global Alliance for the Rights of Older People (GAROP) on 14 April. The workshop allowed us to pass on our message and build new alliances for future advocacy and awareness-raising activities to fight against ageism.

As time permitted, AGE’s delegation also participated in events organised by other civil society organisations bringing the voice of older people from all across the world to the United Nations. A key insight was that despite very different economic, legal and social situations, the issues faced by older people are often of similar nature, and a rights-based approach would help to better address these. 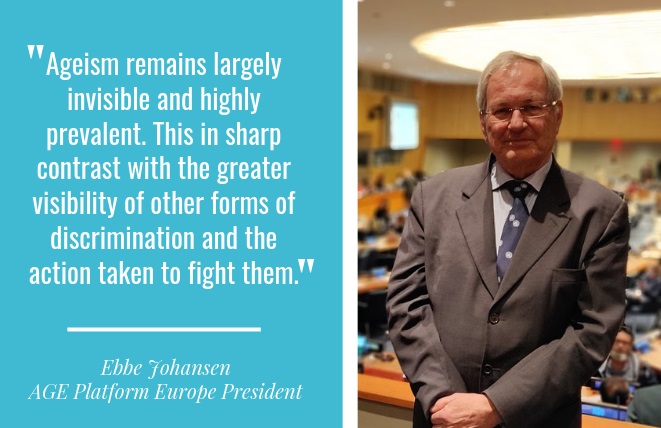 Sustained advocacy efforts in between sessions are key to ensuring meaningful state involvement at this UN Working Group. Taking inspiration from the proactive role played by many AGE members in their own countries, we will focus in the months to come on the ways in which other older persons organisations can influence the positions of their governments as well.

The next session will focus on access to justice and on access to the labour market. Our efforts for a truly successful 11th session, in which more older peoples’ organisations will be involved and Europe will at last be fully engaged, start now!

Watch our daily summaries of the OEWGA discussions: