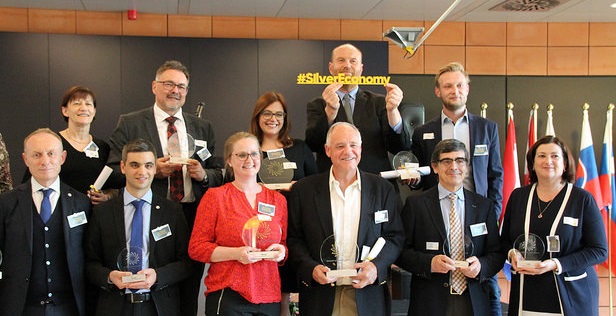 The winners of the first Silver Economy Award were revealed in a ceremony in Brussels on 3rd May. Hosted by the Committee of the Regions, the event brought together 120 representatives from diverse areas: civil society, public authorities, private companies, researchers, etc. 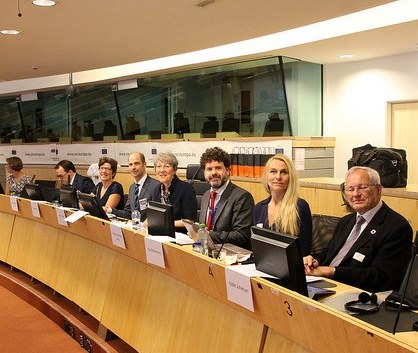 The awarding ceremony was preceded by discussions, moderated by Anne-Sophie Parent, AGE Platform Europe’s Secretary-General, which  highlighted the important potential of the Silver Economy for both economic and social growth in the context of ageing population and the existing barriers to its development in Europe.
As revealed in a new study commissioned by the European Commission, health care and assistive technologies have been identified as main areas that will benefit from the Silver Economy, together with the leisure sector (including tourism). The EU study provides an overview of the potential of Europe’s Silver Economy through to 2025, presents 10 case studies and formulates recommendations to foster the Silver Economy in Europe. You can read the study here

As partner of the Awards, AGE  is mainly responsible of setting up and ensuring the functioning of the Awards Secretariat and some of AGE members were also actively involved in the selection process.
A large delegation of AGE members attended the ceremony to insist on the importance of involving the end users (older people themselves) to make sure the technological solutions developed will effectively meet the need of the older population. Also, as stated AGE President, Ebbe Johansen, design for all concept, accessibility, standardisation, inclusive solutions, affordability are key elements that will ensure the success of those innovative solutions. ‘If we expect everyone to go digital, it would be unfair not to make accessible to all’, he insisted.

Manuel Mateo from the cabinet of Gabriel Mariya, European Commissioner in charge of Digital Economy and Society within the European Commission underlined the importance of boosting digital innovation in Europe and referred to the EU budget that has recently been adopted by the European Commission, in which an important part is dedicated to that goal.  ‘Yesterday's EU Budget proposal was just the beginning’, stated Mr Mateo, ‘we are at the start of a long process, in which we need to promote the participation of all stakeholder representatives. There is still much more to be done’.

Discussions were followed by a presentation of the finalists in the three categories, which had been selected out of 95 submitted applications:

For more information on the finalists: http://silvereconomyawards.eu/sea/2017/awards#Winners

Link to the article published by the European Commission: https://ec.europa.eu/digital-single-market/en/news/meet-winners-silver-economy-awards-2018 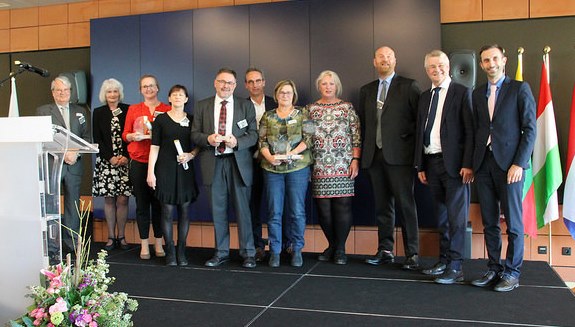