How to Have Your Say in Policies that Concern You? 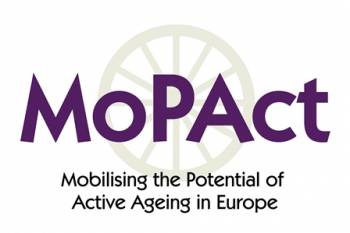 How do older people voice their concerns in matters that affect them in their everyday lives, such as pension, public transportation, health and social services or public spaces? We noticed that seniors show a high level of engagement in political life through voting elections; however, there is little evidence of their having any particular influence over political decisions that concern them directly.

Nowadays, new forms of civil society participation have captured growing interest from political authorities worldwide, as the perceived legitimacy of political representation is slowing down. Enabling older people to be consulted in the decision-making or implementation of public policies that affect them will not only enhance the quality of democracy, but it also leads to the development and implementation of better solutions for older citizens.

Among the 37 cases, three “best practices” were selected based on their promising approaches of direct involvement of senior citizens:

Interviews were carried out with older people who explained why their participation in policymaking was important: “I think that our politicians are competent but we – the citizens – are competent too, that’s why we have to talk to each other and tell them what we think about our lives and which opinions older people have about their life situations. We can give politicians and civil servants of local administrations a lot of information and good ideas. But sometimes we have to stop them, to say no to their proposals before they will make the proposals into decisions” (Member of the Senior Citizens’ Council in Denmark).

Based on these best practices, what would be necessary to recreate these kinds of participations of older people back home? MoPact Researchers came up with several policy recommendations that would help local, regional and national levels implementing systems that would involve and encourage political participation of older citizens. Here are some examples of these recommendations:

Finally, MoPAct researchers concluded that they gathered good examples of success stories that could inspire many; however, they shouldn’t be taken literally as “the” solution, as every context, needs and expectations, engagement, resources and solutions differ from one place to the other, which are crucial to the successfulness of an initiative. Nonetheless, several recommendations were listed and will be presented at the final Conference on 29 November 2016 in Brussels. Further information is available here.

[1] The MoPAct project is a four-year project that aims to show how ageing can be transformed into an opportunity for European societies. It is interdisciplinary and looks into the following domains: economic consequences, pensions, extended working lives, health and well-being, biogerontology, social support and long-term care, the built and technological environment as well as active citizenship. The MoPAct project finishes in February 2016. The final conference takes place on 29 November 2016 in Brussels.

More information about the project: http://mopact.group.shef.ac.uk