An insight on the Basque Media’s look at older people: are we ageist? 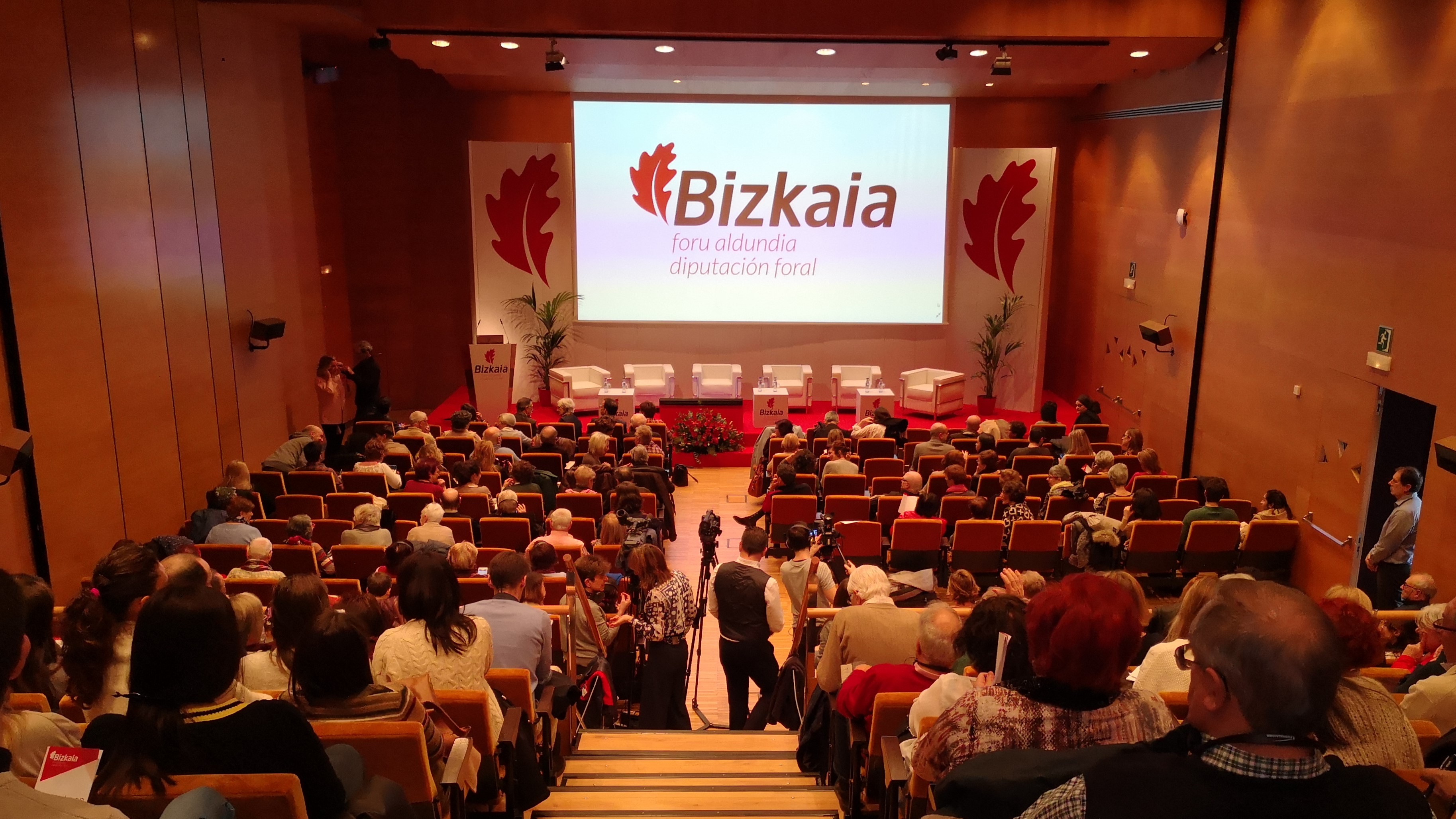 On the initiative of the Bizkaia Council of Older People, the Province of Bizkaia organised last 14 February 2019 in Bilbao, Spain, a public debate on the social imaginaries surrounding older people in the Basque Country. Invited to present the concept of ageism and its recent awareness-raising campaign #AgeingEqual, AGE Platform Europe contributed to a lively discussion around the challenge of reshaping our conception of older age.

“I hate when they call me grandpa!” At 71, Jesus Orbe is the spokesperson of the Bizkaia Council of Older People but he willingly admits that he took him a while before realising he had aged and was facing a new social look on him. Since the creation of the Commission in 2013, a working group on ageism has been established conscious of the importance to address the issue. “But the issue was too broad, we did not know where to start with, says Jesus, so last year we decided to work on the media. Because media are lucky enough to have a powerful tool at their fingertips”.

Ageism in the Basque media: prevalent and impactful

This is how the study of social imaginaries around older people in the Basque Media took shape. Over three months, Juan Pagola and Ane Muruamendiaraz from the Communication University of Deusto, screened the local written press to identify the images surrounding older people. It came out that 80% of news articles referred to older persons as a homogeneous group, an assumption that got pointed as fundamentally flawed by all speakers during the discussions on the research findings. The vast majority of papers mentioning older persons discussed pensions or vulnerability. The third most recurring theme in relation to older persons was poverty while only a small share of news treated of older persons’ loneliness. Read the study findings in Spanish 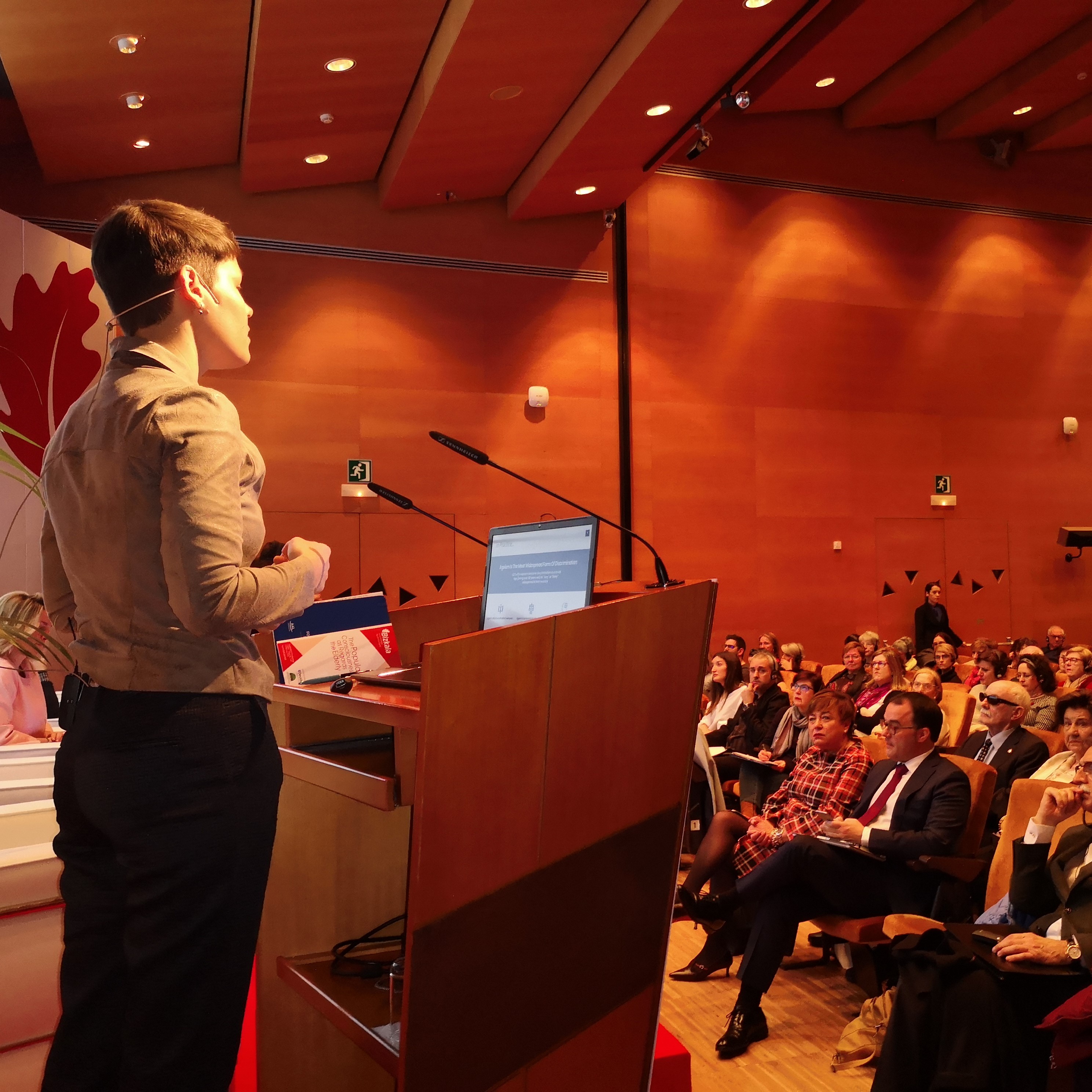 These findings are revealing the pervasive ageism of our societies as brought forward last year during the #AgeingEqual campaign. Asked to define ageism, Estelle Huchet elaborated on several examples collected during AGE recent campaign to show how ageism negatively impacts people as they age and how these negative impacts differently affected some groups like women, people with an ethnic background, people with a disability, people with high care needs, etc. She also stressed the importance of campaigning as a way to empower older people and go back to a position of active participants in society in opposition to the withdrawal that is usually associated with retirement.

Invited to speak about the trends in the image of older persons in the Basque media, the journalist Elixabete Garmendia flagged some positive trends. If media must acknowledge and meet the great responsibility that is theirs in conveying an accurate portray of society, the recent protests of older adults and new initiatives like Uburbil, this pilot project for intergenerational housing are progressively changing the image media convey of older people.

With a life expectancy of 86.5 years for women and 80.3 years for men, the Basque country is one of the longest-lived societies in Europe. “It is no longer a three but four-generation society that we live in” recalled Isabel Sanchez Robles, Provincial Councillor for Social Action “but far too often, we still see older people as vulnerable and sick. These stereotypes are hindering our capacity to develop an inclusive society”.