Interdisciplinary and multi-stakeholder approach: key to address the complexity of ageism - COST Action on Ageism conference 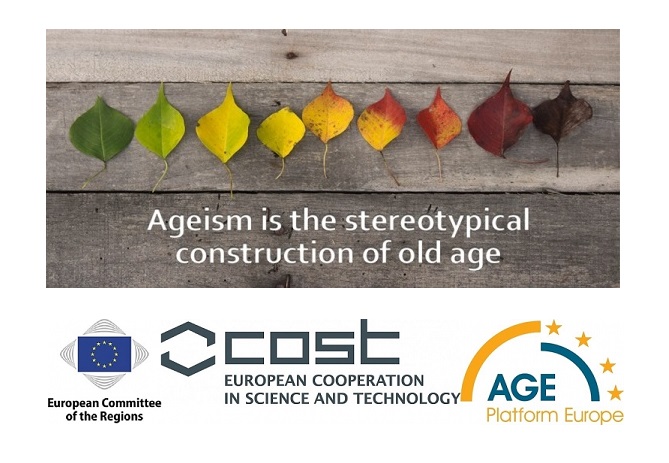 On October 26, COST Action IS1402 on Ageism, AGE Platform Europe and the Committee of the Regions organized an international event to advocate for a future world for all ages, in which age is no longer a barrier. This event summarizes the work done on the topic of ageism by more than 200 researchers and policy stakeholders from 35 different countries, as part of a COST Action on ageism. 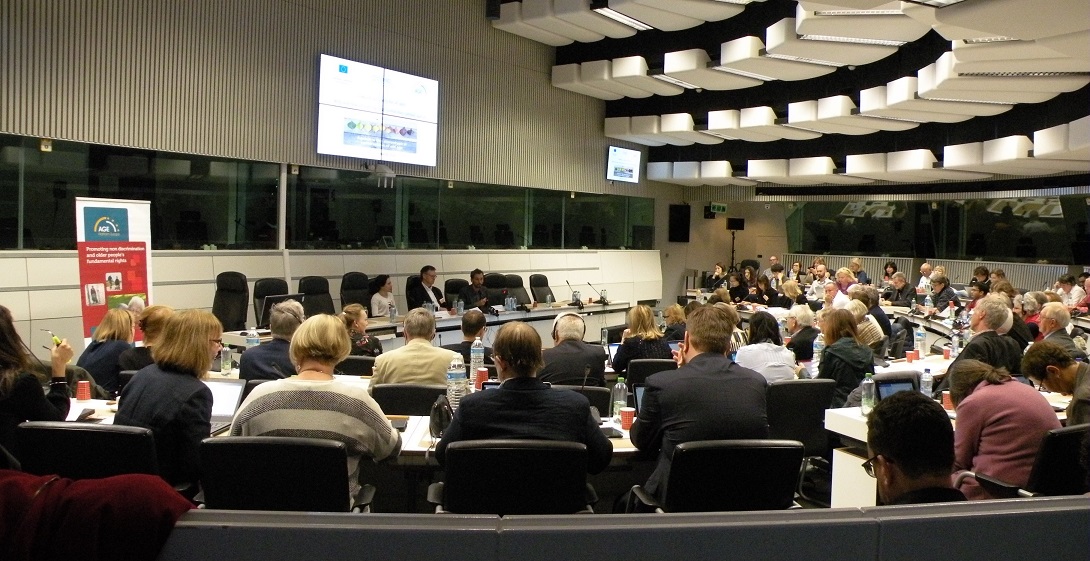 Relying on a multi-dimensional and multi-sectorial approach, the COST Action on Ageism conference addressed the many different aspects of ageism, showing the complexity of age-based discrimination and its unknown individual and societal impacts.

The main objective of this final meeting was threefold:

As Liat Ayalon, from Bar Ilan University and chair of the COST Action on ageism explained, ageism - or the systematic categorization of people on the basis of their ages - 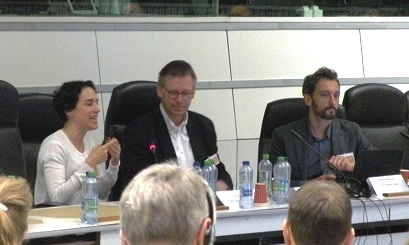 is the most often reported type of discrimination (before racism and sexism), and yet, it is the least addressed by decision-makers. Yet, it is most of the time meaningless and even harmful to older persons and to society in general. The negative impact of ageism on older adults’ physical and mental health and social interactions is largely unknown or underestimated, resulting in greater risk of impairment, depression, loneliness and even premature death.

Ageism is affects all aspects of our lives and is manifested in how people interact as well as in how we perceive ourselves. The conference shed light on some areas in particular, in which ageism is highly prevalent.

Ageism is widespread in the labour market, affecting recruitment, employment, retirement decisions and work relationship. Older workers are often discriminated against in different ways such as left out of training programmes, promotions, important roles within the company or modernisation processes, etc. This is even more striking in certain types of occupations and economic branches, e.g. related to information technologies, customer service, entertainment and social media.
This discrimination results into a growing mismatch between people’s increased interest in working longer and employers’ declining interest in hiring older workers.

Challenging negative stereotypes on ageing and promoting age diversity were put forward as effective ways to overcome this deadlock. But also seeing longer working lives as an opportunity for developing other types of life courses: the issues of life-long learning, late retirement and “informal” work force us to question our traditional linear “education – work – pension” scheme and consider a new distribution of “no-work” period across the life course. 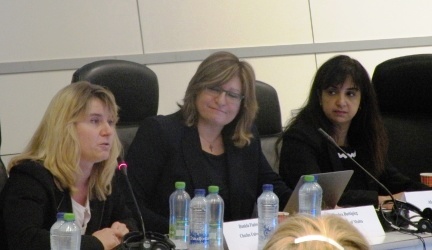 Ageism is also prevalent in the delivery of care, in attitudes and practices among health care professionals and in the use of medication. For instance in medication use, there is a steep increase in drug related hospitalisation among older people and one third of dementia are drug-related. This is often due to the fact that many older people are prescribed too many and/or inappropriate medication that have not been tested for them. Surprisingly, older persons are not included in randomised clinical trial, which means that drugs usually prescribed in geriatrics were never tested on older people, although they are the main users of medication and have the highest risks of adverse events. Randomised clinical trials uses an age-blind approach which does not take the specific conditions of older patients into account.

The issue of increasing multi pharmacy or multiple medication among older people was highlighted as a public health issue, resulting into increased hospitalizations and frailty conditions.

Ageism is very common in the media. In advertising e.g., older adults tend to be associated to specific products and to specific roles. The ways they are portrayed is either negative - linked to dependency, illness and loneliness - or as “successful agers” in which age is denied. Either positive or negative, old age portraits tend to be consumerist, unrealistic, exaggerated or distorted, based on homogenized characterization.

Ageism is the media needs to be tackled for media are very influential. Although they are reflecting social practice, media can also produce meaning in that practice and thus enhance ageism. Media and advert images are used as resource for age identity or identification for older adults.

In that area, a recent Spanish initiative was presented: the new observatory to monitor ageism in the media launched by the Older Persons Council of Biscay (Spain). Read more on this initiative here. 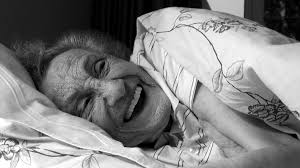 The film ‘Twilight of a life’ was shown as a successful attempt to address the difficult topic of the end of life, focusing on life and enriching interactions between a mother and her son, instead of focusing on the heavy care related elements.  How do we want people to end their life? This is the question asked by Sylvain Biegeleisen, who filmed the last moments he spent with his mother. In focusing on dependency and imminent death? Or in seeking to enjoy life and sharing precious moments of joy and intimacy?

“Self-ageism” - the psychologist perspective of ageism

Ageism is "something we do to others but also to ourselves", further highlighted COST Action researchers. When we are young, we acquire stereotypes on ageing and old age - research shows that negative stereotypes start in early childhood as early as 4 or 5 years old - which we internalize at middle-age Those stereotypes then get embodied when we reach old age and we become the type of person we have internalized. 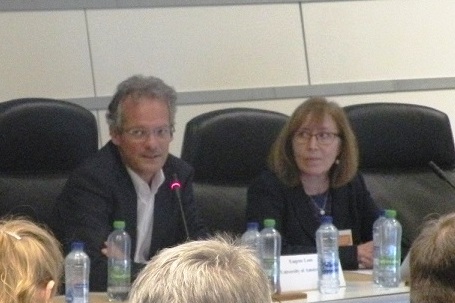 As Klaus Rothermund, from Friedrich-Schiller-Universität Jena, pointed out, “for a more balanced view of ageing, we need to take it seriously”, in taking into account the wishes and expectations of older persons, involving them in political decisions. But we also have, at a more individual level, “to take the different ages seriously, as seriously as the previous age”, and think about the positive aspects of each of them.

Diversity and education against stereotypes

Sibilia Marques, from the University Institute of Lisbon, refered to the book ‘The nature of prejudice’ (Allport, 1954) and insisted on the key role of an interdisciplinary and multi-stakeholder approach to achieve a society for all ages. To challenge prejudices, we need to develop - in particular in schools – the concept of diversity, acknowledging a group is not homogeneous. Education and intergenerational exchanges are here crucial!

Law as a tool to fight ageism

More effort is needed, e.g. in allocating more human and material resources to tackle ageism, and amend/enact laws and policies to protect their older population.

Experts from the COST Action on Ageism examined the existing international norms in the field of ageism and investigated how law and ageism inter-relate, how European legal frameworks are relevant for older persons in general, and how they can contribute to combating ageism in particular. This general descriptive picture provides key considerations and recommendations for future research that can all be found in 'Contemporary Perspectives on Ageism’. 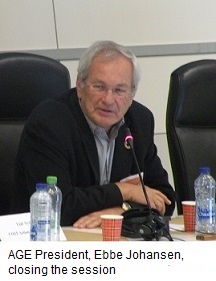 Participants concluded in stressing the need to translate the findings of the COST Action research so that older people, organisations, decision makers can use them at national/regional/grassroots level. Although much effort was made by the COST Action partners to turn scientific evidence to policy recommendation, more should be done, and civil society has here clearly an essential role to play.

Read in our joint press release the several operative steps identified by the COST Action on Ageism to effectively combat ageism.

A more detailed report of the conference is available here 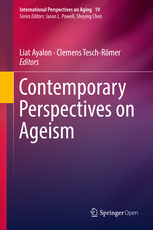 More information on the COST Action reserach can also be found in this special issue on the topic of ageism, this handbook 'Contemporary Perspectives on Ageism', and a series of short videos to disseminate information about ageism to the general public.