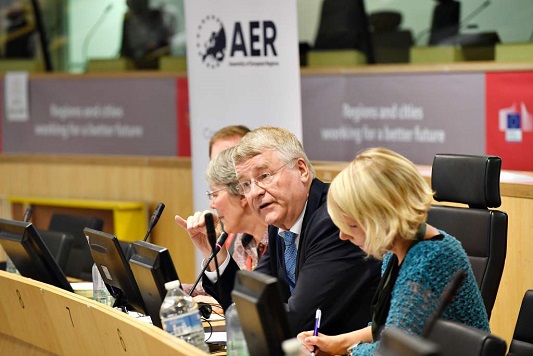 A workshop on Silver Economy for cities and regions was co-organized by AGE on 10 October 2017 as part of the SEED project. The workshop took place during the European Week of Regions and Cities of the Committee of the Regions. It featured six inspiring examples of how a Silver Economy can help regions and cities to better match the needs of their ageing population while supporting local businesses and service providers.

Moderated by AGE Secretary-General, Anne-Sophie Parent, the workshop attracted around 250 representatives from local and regional authorities, businesses and service providers, academia and civil society and was followed by a networking session to bring together potential partners around issues related to the Silver Economy.