Lyon, Ljubljana and Luxembourg are the winners of 2018 Access City Awards

The Access City Award is an initiative of the European Commission to reward and promote the progress that individual cities are making in improving their accessibility for older persons and persons with disability. The 2018 prize has been awarded to the French city of Lyon for its inclusive and universal accessibility policies, e.g. in public transport (public buses are 100% accessible), access to culture (accessible digital equipment in libraries)  and work integration (7.8% of civil servants are people with a disability).

The second prize was awarded to the city of Ljubljana, Slovenia, for appointing a special advisory committee including older persons and persons with disabilities so that they are directly involved in the city's policymaking. And the third prize went to the city of Luxembourg, Luxembourg for its effort into raising awareness among citizens to avoid stigma in relation to disability and building a highly inclusive city. Finally, the city of Viborg in Denmark has received a special mention for reconciling its historical heritage and hilly landscape with an accessible infrastructure. 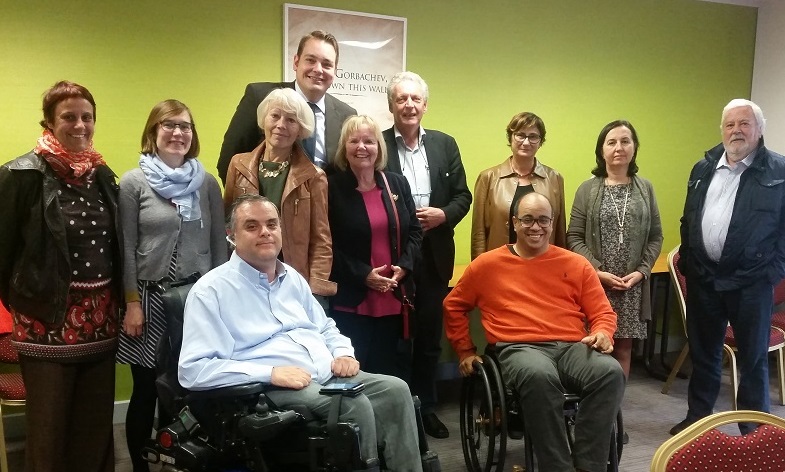 The issue of accessibility being central for the growing number of older persons living in cities, AGE has been involved in these Awards for about 6 years now. We have been represented in the EU Jury (see picture) by Mrs Liz Mestheneos (from 50+ Hellas, Greece) and some of our experts have been involved at national level.

"Working with those with disabilities helps older people whose disabilities often come on in later age. Accessibility issues affects all of us sooner or later! My admiration to all those cities that have taken on the issues of accessibility very seriously and comprehensibly", stated Liz Mestheneos, who attended the award ceremony held on 5 December in Brussels to mark the European Day for People with Disabilities.