Madonna, 60 years old and microphone in hand, finds her best response to ageism

Madonna recently turned 60 and became a new standard-bearer of the fight against ageism. In an opinion for the Spanish magazine Entre Mayores, our Campaign Officer, Estelle Huchet explains how the famous pop star is very much in line with our recent #AgeingEqual campaign: she stands for what she loves.

"People have always been trying to silence me for one reason or another, now it is that I’m not young enough. Now I’m being punished for turning 60”, stated Madonna last May in an interview for Vogue.

Whether you like her music or not, Madonna's way of fighting ageism was to keep singing and being artistically and politically active. “In keeping doing what she always did despite her age, Madonna found the best answer”, highlights Estelle. “That's exactly what the #AgeingEqual campaign was all about”. 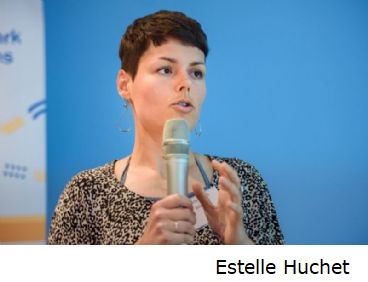 Having stars like Madonna, who talks publicly about the mechanisms of exclusion that appear with older age, surely helps to shedding light on the phenomenon. But is that enough?

“Rallying for action requires to be ready to do more than calling out what is going wrong. It requires to be able to invent the change we want to see and act accordingly. Most often it will imply to run the risk of being where we are not expected to be. Perhaps it will require to dare to be who we want to be.”

Giving visibility to older people who make their own decisions and ally with younger generations was the purpose of AGE’s #AgeingEqual campaign. In 2018, the campaign had built a case for action showing the pervasiveness of ageism and the need to revise our views on older age. In 2019, we took action: we showed that later life is rich of the same diversity as any other life period.

On the week of the International Day of Older Persons celebrated every year on 1 October, we told the stories of older persons who, just like Madonna, decided that later life did not need to be resigned.