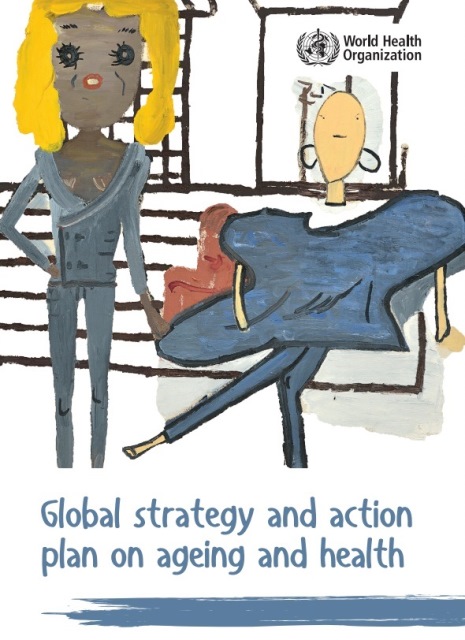 Thanks to an international advocacy campaign, in which AGE Platform Europe took an active part, the World Health Organization (WHO) has included a strong focus on healthy ageing into its new draft work programme 2019-2023.

Although the WHO made some major steps and key decisions in relation to ageing during the last three years, this issue was almost inexistent in the initial version of its work programme for the next 5 years. With the active support of its members at national level, AGE has participated into a movement asking the WHO to better take into account the ageing dimension in its work. A large number of contributions were submitted to the open consultation launched by WHO in November 2017 - you can read AGE's contribution here. And following those comments WHO decided to include its “Global Strategy and Action Plan on Aging and Health - GSAP” in its work programme. The latest version of WHO's work program, discussed by the Executive Board 22-27 January, now also recognizes that “ensuring healthy ageing is an urgent challenge in all countries” (§7) and declares that the major public health goal “to live not just long but also healthy lives” and suggests the use of “healthy life expectancy” as the main measure of health care success (§15). Such goals and measures for healthy longevity can be advocated and quoted also at the national and local level.

This reference to healthy life expectancy as benchmark measurement to assess progress in health is a major step in the promotion of healthy ageing. With the current average gap close to 20 years between the life expectancy (around 80) and the life expectancy in good health (around 62) of Europeans (Eurostat, 2012), there is an obvious need to consider longevity with a health perspective. This is an objective AGE has been campaigning for since the creation of the European Innovation Partnership on Active and Healthy Ageing in 2011, and our continuous collaboration with WHO since 2012 has supported our advocacy work on the issue. As an institutional affiliate of the WHO Global Network of Age-Friendly Cities and Communities since 2015, AGE has indeed been closely working with WHO on the issue of age-friendly environments and healthy ageing.

In Twitter, the head of the WHO Ageing and Life Course division acknowledges the importance of this international campaign for the change of the program, which he regards as an example of successful joint advocacy effort. 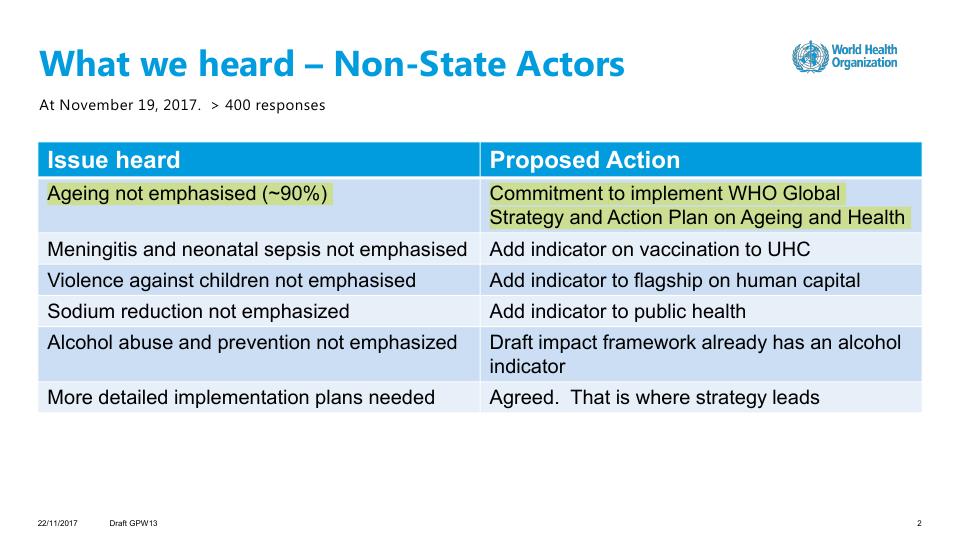