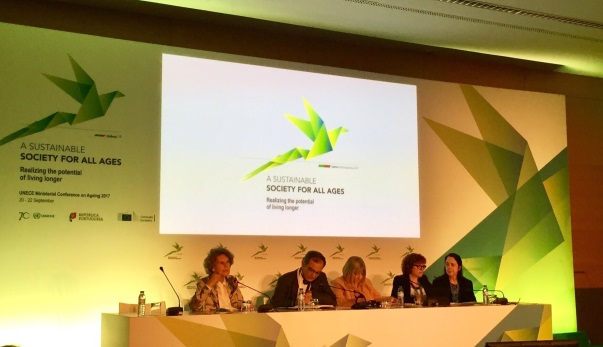 AGE took an active part in the civil society forum held on 20 September 2017 on the eve of the UNECE Ministerial Conference on Ageing in Lisbon, Portugal. The objective of the Forum was to foster a dialogue among civil society organisations representing older persons and dealing with ageing issues around the 3 themes of the UNECE Ministerial Conference on Ageing 2017 (Recognizing the potential of older persons - Encouraging and capacity building for longer working life - Ensuring ageing with dignity), taking into consideration the different perspectives and concerns of civil society actors.

Looking at the strong and weak aspects in the MIPAA implementation, the participating NGOs agreed on a common message and recommendations to improve the protection of older people’s rights on the ground. In their joint declaration, NGOs highlight the great potential – currently untapped - of the MIPAA to uphold the full spectrum of civil, political, social, economic and cultural rights of older persons. They also support the UN Independent Expert on the rights of older persons, Ms Rosa Kornfeld-Matte, to establish a binding legal instrument, such as an international convention, to address the specific barriers faced by older persons in realization of their human rights.

The NGO political declaration was presented during the UNECE Ministerial Conference on 21-22 September, also attended by AGE.

Our call for an international convention to protect older people’s rights and fight age discrimination was largely echoed during the conference and was supported by organisations representing other age groups, including the European Youth Forum. 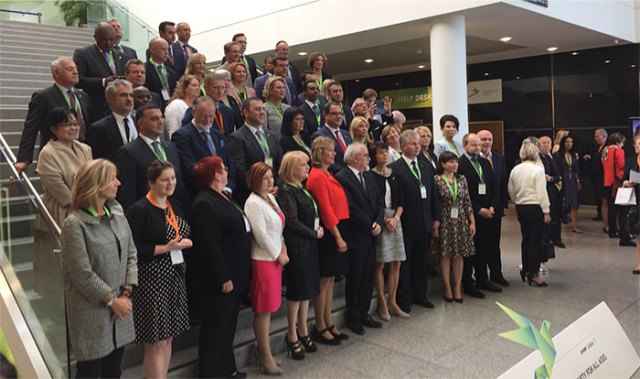