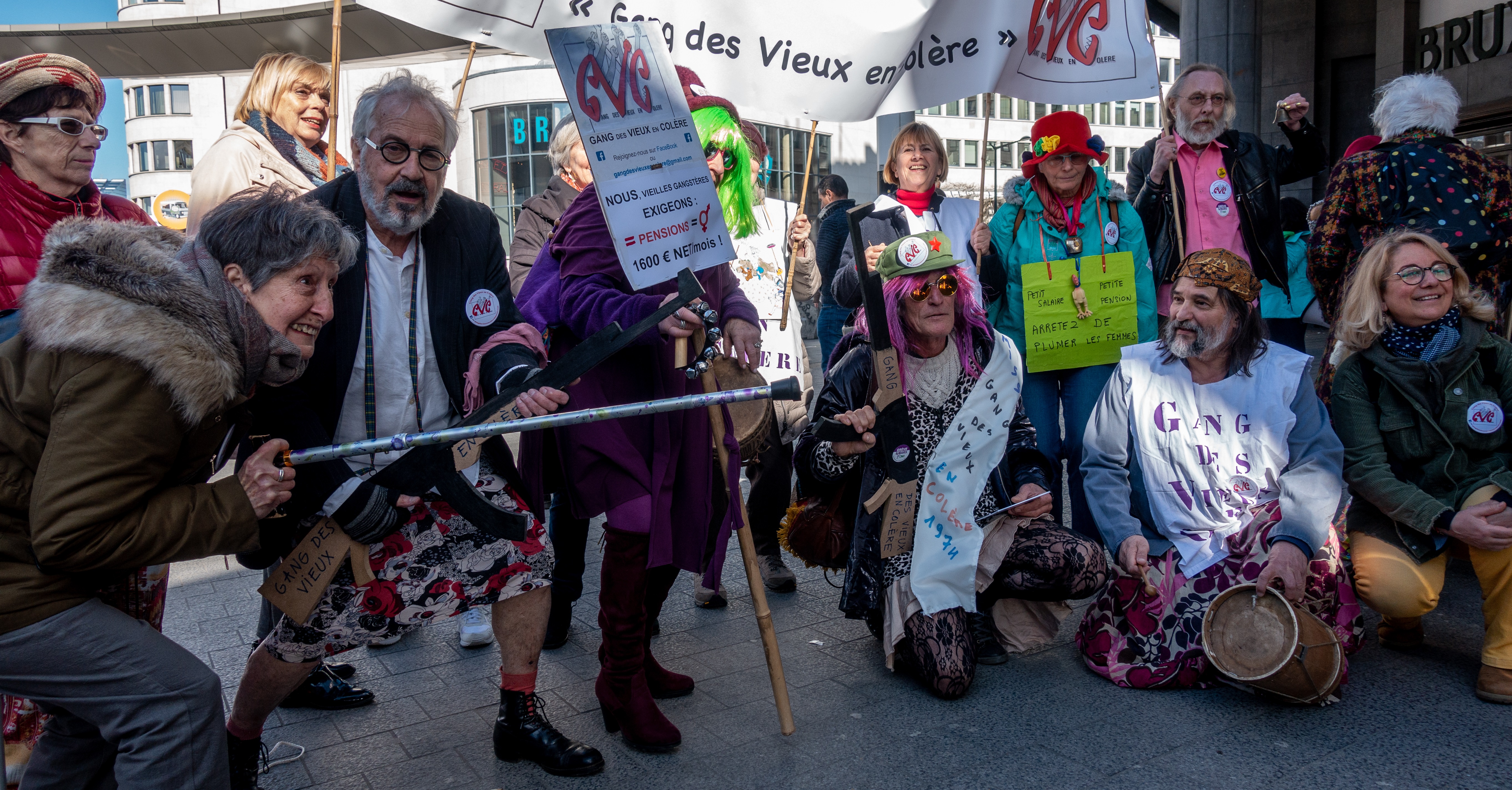 For the first time in Belgium, women were going on strike on 8 March, the International Day of Women's Rights, to send the message that "if women stop, the world stops". Far from being restricted to paid work, the strike and protest that followed gathered salaried women, job-seekers, students, self-employed, farmers, workers in the informal economy... as well as older women!

The group of older activits "le Gang des Vieux en Colère" would have never missed this opportunity to bring to the fore the inequalities lived by older women: 150 older activists were in Brussels on 8th March afternoon, dressed up with bright colors, to make their call for equal pensions heard. As a result of career breaks and gender pay gaps in the labour market, women's pensions in Belgium are still 28% lower than their male counterparts'.

An inequality that the “Collecti.e.f 8 maars” organising the strike and the march had not forgotten in the list of claims chanted in the streets of Belgium on 8th March:

The "Gang" was not new to this kind of public protest. Since its creation back in 2018, the older activists made a name for themselves by using techniques of civil disobidience to raise awareness of the precariousness and poverty experienced a substantial share of older Belgians. One of their 'gangsters', the 70 year old director Mirko Popovitch recalls that among the 2 million retired Belgians, 200.000 are living below the poverty line.