#OneVoiceOneCause for victims' rights across Europe

Together with NGO partners, including AGE Platform Europe, Victim Support Europe is seizing the momentum of the European Day for Victims of Crime on 22 February to launch the 6-day awareness-raising campaign and action week ‘One Voice One Cause’ calling to reinforce victims' rights in Europe.

The objective of this campaign, running from 17 February to 22 February, is three-fold:

AGE has joined the campaign to shed light on the older persons that are victims of abuse and crime, in particular those whose situations of dependency and care needs make specially vulnerable to this type of human rights violation.

Together with our campaign partners, we have issued a joint NGO statement, in which we seize the momentum of the EU Day to call for a wide and comprehensive implementation of the rights and guarantees introduced by the 2012 European Union Directive on Victims’ Rights. This legal instrument ensures a level-playing field for the protection of victims of crime in European Union countries. Many efforts are still needed though to make the provisions of this Directive a reality in practice… and make them relevant to victims of elder abuse. 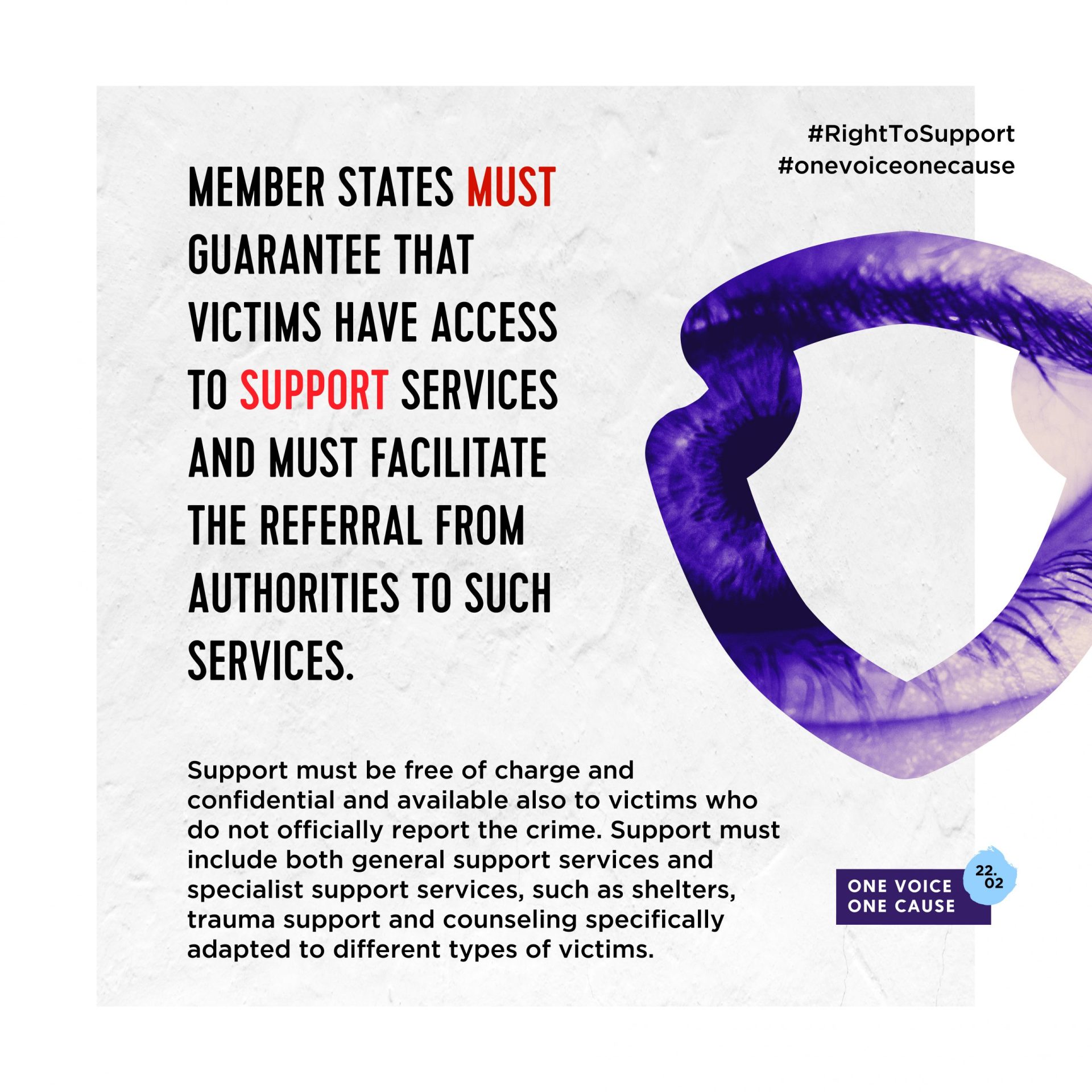 Thursday March 11, 2021
Human rights are for all ages - Time of the EU to lead the rallying for a UN Convention
Friday February 12, 2021
EU Green Paper on Ageing: a key opportunity to make concrete steps towards a more inclusive future for all ages
Wednesday January 13, 2021
2021 promises hope for a successful recovery
Wednesday December 09, 2020
Our second AGE Barometer looks at social inclusion, health, long-term care and autonomy in later life