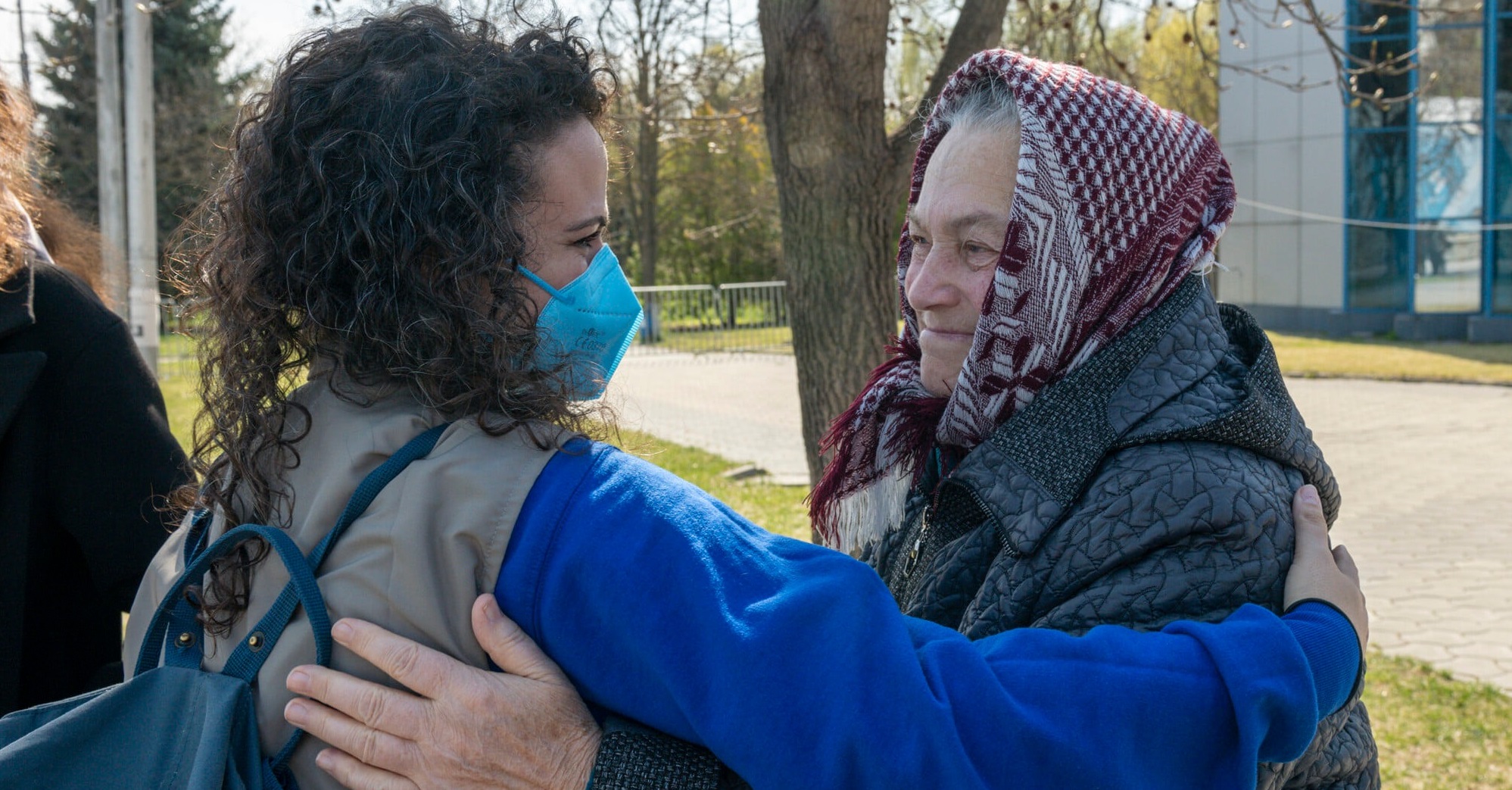 AGE Platform Europe seizes the occasion of the European Day of Solidarity between Generations on 29 April to shed light on the dramatic situation of older people in Ukraine. Together with Members of the European Parliament (MEPs) and technical experts, we reflected on how the EU can support Ukrainian older people and ensure equal protection to all people in vulnerable situations.

While the invasion of Ukraine is affecting all age groups, older people are particularly exposed, often unable to flee from conflict and left alone without family or their wider community, and cut off from support, including access to medicine and food. Ukraine is among the fastest ageing countries in the world with more than 7 million people aged 65 who represent 16.7% of the total population. But to date, the situation of older people in the context of this war has not gained the same level of attention and visibility as other groups in vulnerable situations. AGE discussed these issues with officials of the European Commission’s services for humanitarian aid, the United Nations, World Bank and the World Health Organisation as well as our partners HelpAge International.

‘Many older people are staying in the country, while some are leaving’, said José-Luis Tejedor, AGE Vice-President. ‘Inside and outside Ukraine, older persons need support to find housing, acquire language skills, enter the labour market, receive medical treatment. An international human rights convention for older persons would help in addressing these issues. When do you recognise us as human right holders?’

As an MEP for the neighbouring country receiving the largest share of refugees from Ukraine, MEP Jaroslaw Duda, Co-Chair of the EP Interest Group on solidarity between Generations, highlighted:

‘We are dealing with unimaginable drama. The war affects all groups of citizens, and we must not forget any of them – the situation is particularly difficult for older people. There are those fleeing, leaving everything they know and love, but also those who are left behind. All of them are in dire need for support, a roof over their head and basic security. We must provide appropriate humanitarian aid.’

Also MEP Milan Brglez, Co-Chair of the EP Interest Group on Solidarity between Generations, was concerned:

‘The EU response to the situation in Ukraine must be based on raising awareness and tackling the challenges of intersecting discrimination. This concerns particularly nationality, migrant status, age, disability and gender. Special attention must be paid to the rights and needs of older persons when delivering humanitarian aid.’

Participants in the meeting further emphasised the specific plight of older Ukrainians, notably the absence of long-term care services for both refugees and internally displaced, the destruction of medical and long-term care infrastructure and access to specific medicines. Many medical and long-term care staff have also become refugees or internally displaced, leaving persons with care needs with staff shortages. Family separation means that older persons are finding themselves alone, including those needing support to make decisions about their own lives. Particularly older women are exposed to sexual violence and at risk of exploitation. Many participants underlined that there was lack of data about the age and needs of older Ukrainians inside and outside the country.

‘Many of these older people have lived through wars, crime and displacement before the current war’, stated one participant. ‘But now, they are unable to descend in a shelter several times a day, as elevators are broken. It is also difficult for them to stand several hours in overcrowded trains if they try to escape.’

A participant presented the idea that the EU and providers of humanitarian assistance should set up a special trust for older Ukrainians, funding accessible housing and shelter, access to medicine and gerontological health care or assistive devices. Information about the whereabouts of their family members and the specific threats facing them should be better channelled to older persons. In the longer-term, Ukraine will need assistance to de-institutionalise the care system.

AGE continues to call for mainstreaming the specific needs of older persons in this humanitarian crisis and will work with all the relevant organisations to raise awareness for this necessity.