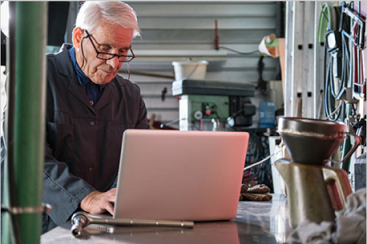 While the employment rate of older workers has continuously improved over the last decade, data show that unemployed older workers find it harder to get back to work. With Europe's ageing population, however, and the associated issue of the sustainability of social welfare systems, this situation requires urgent attention.

From a worker's point of view, however, respondents of Eurofound's European Working Conditions Survey did not seem to have in mind a specific age to end their working life. When asked about the age they wanted to work to, about 20% of all workers (the same proportion of men and women) in the EU28 answered that they would like to work until ‘as late as possible’. Some respondents might have given that answer on the basis of their working conditions and how much they were attached to their job, while others might have been considering their financial situation and anticipating a certain pension sum on retirement.To find out more about the difference between the statutory retirement age and the desired retirement age, click here.

AGE contributed to this report as part of the expert advisory panel.