Between 1st October 2018, the International Day of Older Persons and 10th December 2018, the International Human Rights Day, AGE Platform Europe is launching a 70-day campaign against ageism with the support of partner organisations. This campaign seeks to increase awareness and understanding of the prevalence and negative impact of ageism and of the importance to stand up for your rights no matter what age you are. 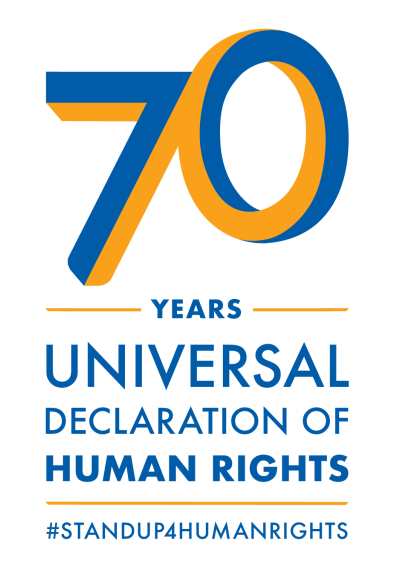 This milestone document sets out universal individual rights a person is entitled to as a human being, regardless of his/her age, nation, location, language, religion, ethnic origin or any other status. Adopted by the United Nations General Assembly on 10th December 1948, the Universal Declaration has helped achieve major advancements towards more freedom and equality in many countries. Yet, those fundamental human rights still need to be re-affirmed today, all the more so when one gets older.

Ageism is manifested in the way we think, feel and act towards age and ageing and is embedded in our cultures, institutions and policies. It is the most commonly experienced form of discrimination and a major obstacle to the social inclusion and equal participation of older persons. It takes various forms ranging from stereotypes to mistreatment and abuse.

Negative prejudices linked to ageing persist despite the rise in life expectancy and the increasing number of older people. With almost 20% of the population being over 65, and a projected 30% in 2050 according to Eurostat, this means that a large and rising share of the population is being discriminated and hindered in the equal enjoyment of their human rights.

Stand up for your rights in old age 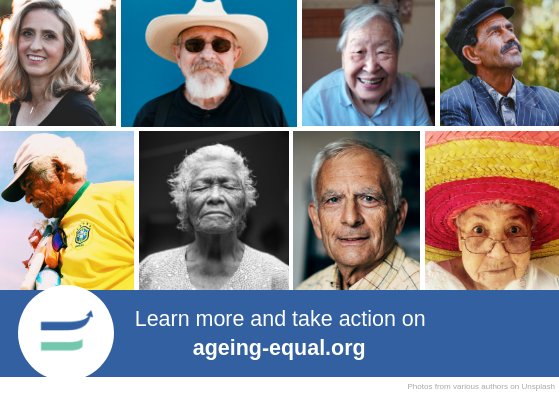 For 70 days, our “Ageing Equal” campaign will invite you to reflect on ageism and its manifold aspects and become vocal about this unrecognised denial of human rights.
The campaign, which was launched on 1st October, the International Day of Older Persons, will last until 10th December, the 70th anniversary of the Universal Declaration of Human Rights.

The campaign is built around three key messages:

Everyone is invited to spread the word and join the movement. You can get involved by:

For any information on our campaign, please contact: Estelle Huchet, estelle.huchet@age-platform.eu