The current social, economic and environmental challenges require Europe to reinforce its founding values and put the social and green dimensions at the core of the European social model. A key achievement of the Finnish EU Presidency, which started in July and will end in December 2019, is the promotion of the concept of ‘Economy of Well-being’. A concept that was discussed and adopted by EU Ministers at Employment and Social Policy Council (EPSCO) on 24 October.

People’s wellbeing as a prerequisite to Europe’s lasting prosperity

‘Economic growth improves people’s wellbeing, whereas wellbeing and health of the population enhance economic growth and stability. This interlinkage must be better recognised.’ 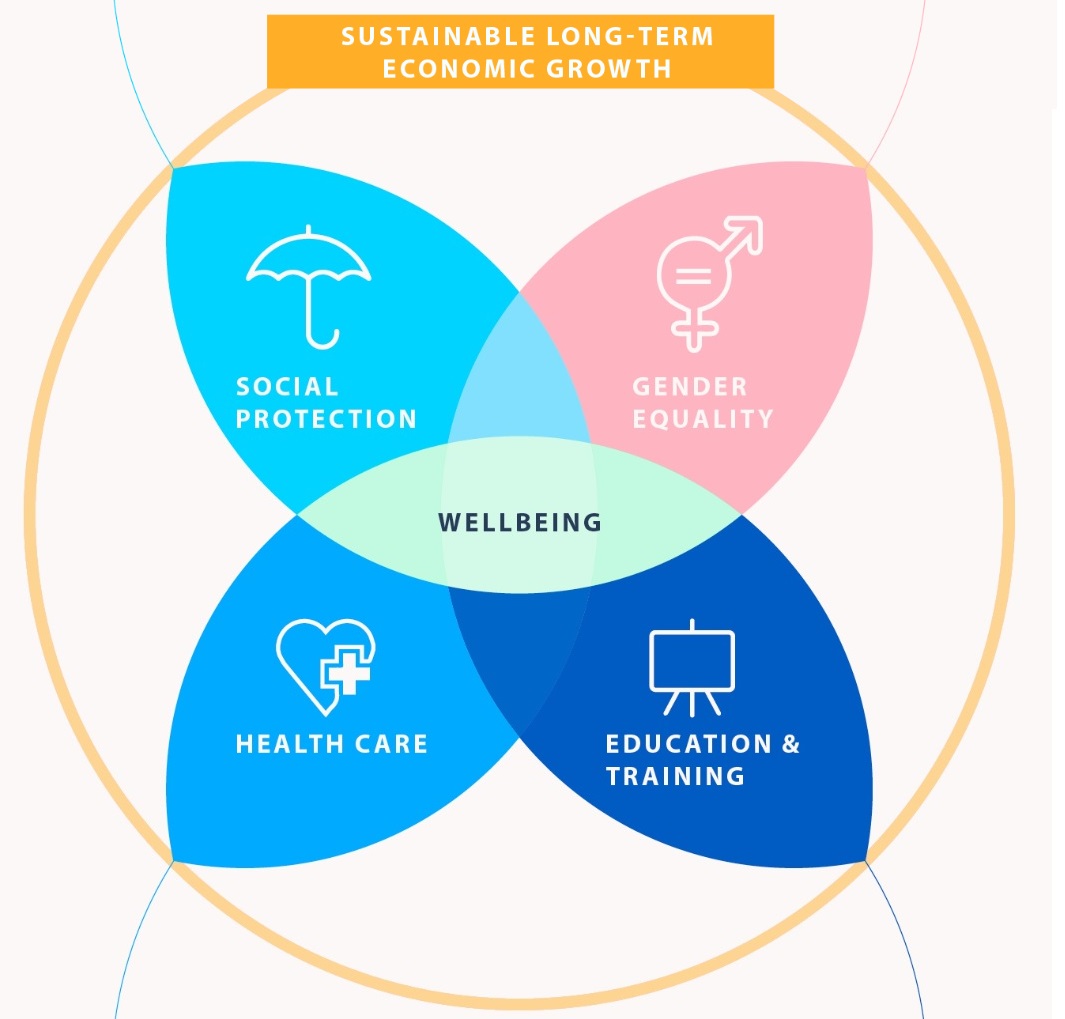 To ensure prosperity and stability in Europe and increase the EU’s legitimacy, we need to improve the wellbeing of EU citizens at the same time as we strengthen the social, economic and ecological sustainability of our societies. Embracing the environmental, social and economic dimensions, the Economy of Wellbeing underlines the mutually reinforcing nature of wellbeing and economic growth, which are feeding into each other for the benefit of individuals and society as a whole. But for that, it is essential that decision-makers in the EU and the member states collaborate horizontally across policies. Within their respective competences, the EU and the member states must do more to ensure policies have positive impacts on occupational health and safety, gender equality and on the health, social protection, employment and education of EU citizens.

This cross- sectoral approach of the Economy of Wellbeing was presented and debated at a high-level conference orgainsed by the Finnish Presidency of the EU in Helsinki in September.  As speakers at the conference made clear, an excessive trust in the rationale of the market made Europe vulnerable to the recent long-lasting financial crisis. A situation which got worse with austerity measures weakening the welfare states and increasing inequalities.

Investing in wellbeing makes sense in economic terms even in times of economic downturn. Evidence shows that supporting education, reducing inequalities and fostering women’s employment boost the economy and that preventive health policies are self-financing.
Yet at present preventive services account for only 3% of health budgets in the EU, while curative services account for 97%. The cost of women’s lower employment rate is estimated at around 2.8% of the EU’s GDP, while a higher level of gender equality would raise the GDP by 6.1–9.6% by 2050, according to the European Institute for Gender Equality (source: EU Presidency background document).

To avoid this inconsistency, Finland pushed for wellbeing policy and economic policy to go hand in hand in EU policy-making.

The discussions held at the Finnish Presidency conference were also reflected in the Finnish Presidency’s Council Conclusions on the Economy of Wellbeing, adopted by the relevant EU ministers at the Employment and Social Policy Council (EPSCO) on 24 October. EU Ministers stress the need for a new post-2020 European strategy that would be based on the cross-sectoral concept of the economy of wellbeing, as introduced by Finland’s proposal. This strategy will enable the EU to show global leadership in becoming a competitive, socially inclusive and climate neutral economy.

To reach that goal, the European Commission and the EU Member States will have to step up their efforts to implement the European Pillar of Social Rights and the United Nations 2030 Agenda for Sustainable Development, to which all EU countries are committed.

The Council recommends that this strategy be underpinned by knowledge-based policy-making using long-term cross-sectorial indicators that go beyond the Gross Domestic Product (GDP) and provide a more comprehensive picture of people’s wellbeing.

Non-discrimination Directive: on the table again

In line with its economy of wellbeing approach, combating discrimination has also been a priority of the Finnish EU Presidency. Finland has managed to relaunch the debate on the Equal Treatment Directive proposed by the European Commission 11 years ago and blocked since by the Council. The objective of the directive proposal is to expand the scope of the legal protection against discrimination on the ground of religion or belief, disability, age or sexual orientation, currently covering only employment and occupational training in EU legislation.

Regular meetings with NGOs were organised during the Finnish Presidency to discuss present gaps in EU non-discrimination legislation and see how to address them. Together with four equality EU NGOs, we presented a joint contribution to the debate (read our article). Those meetings aimed to prepare the policy debate on equal treatment held at the EPSCO meeting last October. Read here the conclusions of the EPSCO debate.

Employment and inclusive labour markets are important components of the concept of economy of wellbeing. The EPSCO Council acknowledges that ensuring decent work for all should be the priority of the EU and member states in the future, in the light of the ILO Centenary Declaration for the Future of Work, the European Pillar of Social Rights and the 2030 Agenda for Sustainable Development. In that regard the Council’s recommendations includes full respect for the principles of gender equality and non-discrimination on the labour market through ensuring equal opportunities and treatment.

Matching skills and labour market needs is also be one of the main challenges in the rapidly changing world of work, characterised by growing digitalisation, industrial transformation and a fair transition to a climate neutral economy. Investing in education, training and upskilling throughout life will be increasingly critical and a joint responsibility shared by individuals, the public sector and employers. The Council calls here for a strategic approach to continuous lifelong learning to enhance competitiveness, productivity and social inclusion in Europe.

But what about older workers?

Although the issue of lifelong learning, and of decent and safe working environments are particularly important for older workers, the Council’s recommendations do not pay specific attention to older workers. Yet, measuring the employment rate of older workers is very relevant at a times when EU policies seek to encourage longer working careers as a way to address Europe’s demographic ageing. Even more so with people aged 55 years or more accounting for almost one fifth of the total workforce, according to recent Eurostat figures.

Looking at gender is here again meaningful. As the Eurostat data clearly confirm, women are more likely than men to experience poverty in older age due to their caring responsibilities and shorter professional careers. In Europe, the average men’s career is still almost 5 years longer than that of women.

A social swift in EU and national policies, as initiated by the Finnish Presidency, is welcomed. Finland’s social and economic model demonstrates that merging the interest of citizens, the planet and the economy can be successful and lead to lasting prosperity. At EU level, this approach looks like the best solution – if not the only alternative – to address Europe’s many societal challenges and rebuild a European project that reunite citizens.
We are more than happy to support the EU Presidency in this effort.