The European Year of Cultural Heritage 2018: building a European identity based on diversity and common history

The European Year of Cultural Heritage (EYCH 2018) was officially launched by the EU Commissioner for Culture, Education and Sport, Tibor Navracsis, and the Chair of the European Parliament Committee on Culture, Petra Kammerevert, at the EU Culture Forum on 7 and 8 December 2017 in Milan (Italy). This European Year has four aims:

Beyond those four objectives, the overall purpose of the EYCH 2018 is to focus on what unites Europeans while at the same time celebrating Europe's diversity and cultural wealth. As stated on the Year’s official website, the aim is to “encourage more people to discover and engage with Europe's cultural heritage, and to reinforce a sense of belonging to a common European space”.

In a context of growing euroscepticism and nationalism, the theme of the EYCH 2018 has been chosen on purpose in response to multiple challenges the EU is facing today, in particular as regards its unity and solidarity. The ongoing Brexit negotiations and various nationalistic movements and political parties across the EU are all signals of a persisting mistrust of many Europeans towards the European integration. In this context the European Union has to reconsider its further development, while raising awareness of what makes its main strength: the diversity and a long common history.

European cultural heritage is a universal value for all Europeans, our communities and societies, as well as it has a consolidating role in building the future of Europe.  The unique diversity of cultures, languages and arts form a common fabric on which Europeans – women and men of all ages, colours of skin, believes and convictions – should all together promote dialogue, mutual respect and cooperation, so that the European Union eventually gets stronger. 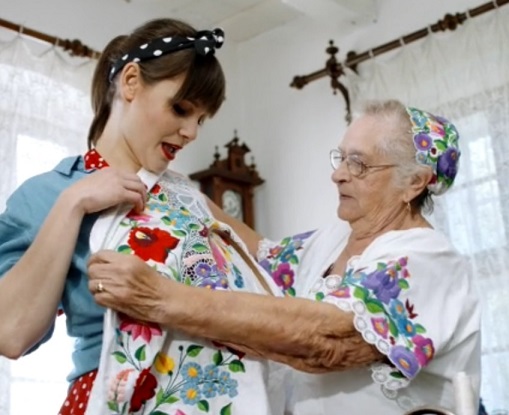 AGE and our organisations have their share of responsibility in making this happen. The principles of democracy, equality and social justice are intrinsic parts of the European heritage. AGE would like to use the 2018 European Year as leverage for advocacy work on human rights of older persons while promoting intergenerational cooperation and fairness. Over the last sixty years, older people have actively contributed to the European project and since 2001 AGE has advanced their views and enabled their voice to be heard at EU level. Engaging in the celebrations of the EYCH 2018, AGE is determined to praise Europe’s cultural heritage and the positive role it can bring to the daily lives of its citizens of all ages, young and old.  Above all, the united Europe has brought us all peace and already a third generation can live, work, travel and age free of terror, violence and misery. This is often forgotten. The 2018 Year’s slogan “Our heritage: where the past meets the future” sounds both like a reminder of this achievement and a call for action to further improve Europe. It also reflects the idea of intergenerational transmission of culture, highlighting the role every generation has to play in valuing the past and history while developing its potential for future developments and innovation. AGE together with our members, we are keen to explore Europe's rich and diverse cultural heritage, celebrate, understand and protect its unique value, and ultimately to build an even better place to live for future generations. 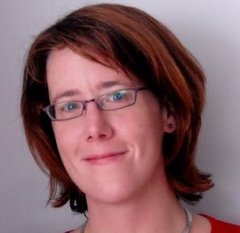 from the Cultural Diversity and Innovation unit
of the Directorate General for Education and Culture (DG EAC),
European Commission

"The aim of the European Year of Cultural Heritage is to encourage more people to discover and engage with Europe's heritage, and to reinforce a sense of belonging to a common European space. The slogan for the year is: Our heritage: where the past meets the future.  The Year aims to allow Europeans to share their own cultural heritage, get to know others’, connect the local to the European level, and understand how much of our heritage is shared. It will help raise awareness of common history and values, reinforce a sense of belonging, and ultimately bring individuals and communities closer together. It will encourage discovery, appreciation and communication of the riches of Europe’s cultural heritage, with a particular focus on hard-to-reach groups."

"Older people already make a huge contribution to Europe's cultural heritage, with older volunteers in particular playing a major role in heritage management, preservation and promotion. The EU Decision to designate 2018 the European Year of Cultural Heritage is an invitation "to make cultural heritage accessible to all…by removing social, cultural and physical barriers [and] taking into account people with special needs".  It also invites us to "raise awareness of the importance of Europe's cultural heritage through education and lifelong learning, focusing [in particular] on…elderly people, local communities and hard-to-reach groups".  With the help of organizations like AGE Platform Europe and their members we hope to celebrate older people's contribution to date, and reach out to new groups who haven't engaged with heritage before. It is increasingly clear that active participation in culture and the arts can reduce isolation and improve wellbeing, including for older people. This is why the European Commission has invited AGE to participate in discussions with the cultural sector this year on the role of culture and the arts in promoting social inclusion."