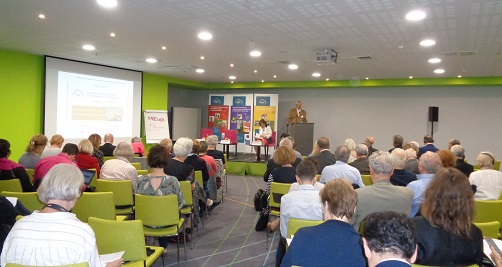 How to ensure older persons' right to autonomy and self-determination? How can we support older persons with care needs to live in dignity?

Those were the two main questions discussed at our 2018 Annual Conference held in Brussels on 6 June. Gathering AGE members’ representatives and other civil society delegates, researchers and policy makers. The event looked at how in practice policies and legislation can better contribute to enabling older people to enjoy their right to live autonomous, independent and dignified lives.

The outcomes of these discussions will be used to feed the debates in the upcoming 9th session of the United Nations’ Open-Ended Working Group on Ageing (OEWG) that will take place in July and to which a delegation of AGE members and staff will be led by our President Ebbe Johansen.

#WeAreAllEquals claims a hashtag sign held up by AGE members during AGE Annual Conference on 6 June, a slogan that is commonly challenged in practice when people get older, as participants in the event reported.

Inequalities start with the ageist stereotypes and age discrimination that are ingrained in our society, undermining people’s enjoyment of their human rights as they age, stated AGE President when opening the conference. 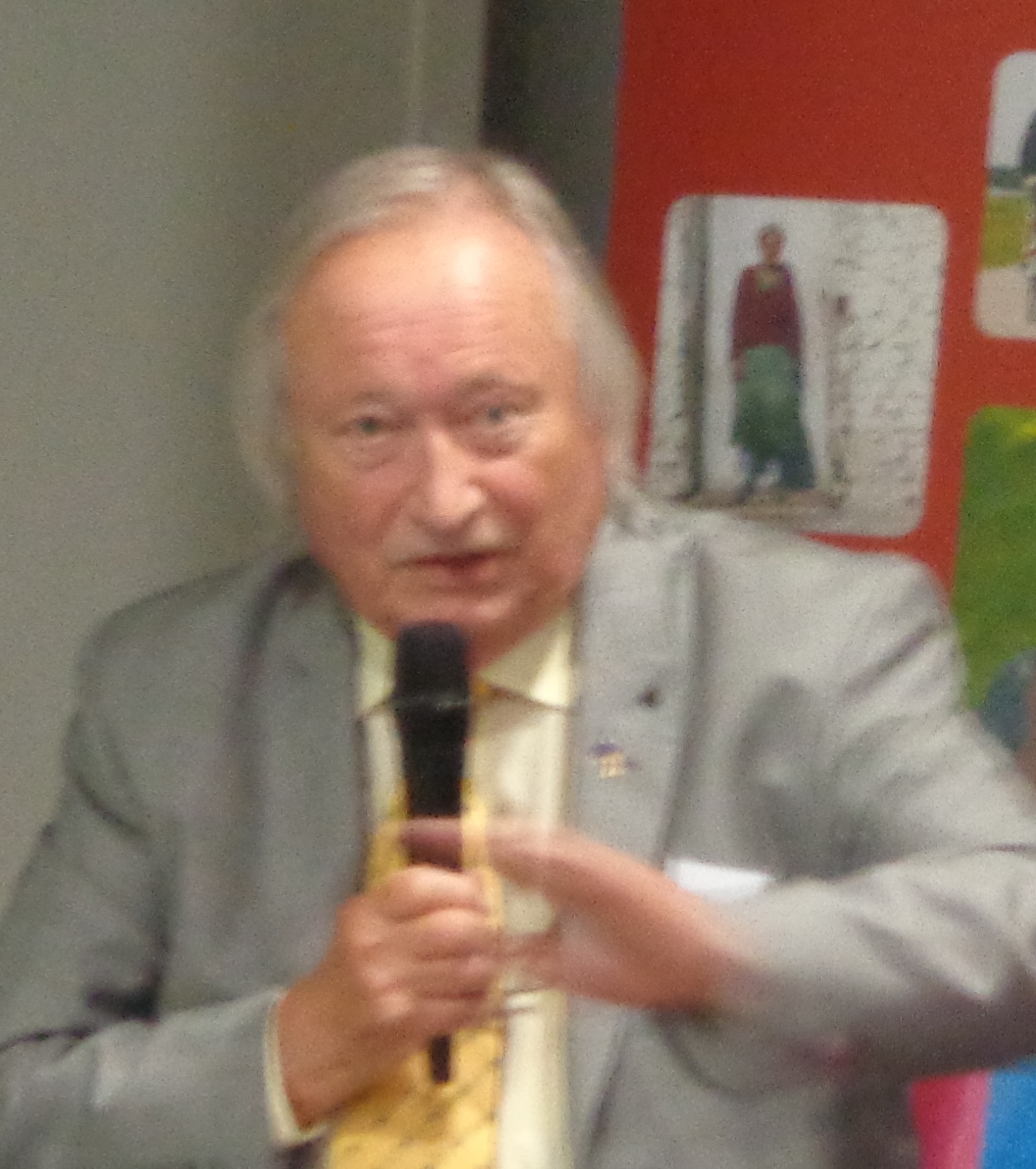 The structural ageism that prevails in our societies means that violations of rights on the ground of age go unnoticed or, even worse, are generally accepted, including by older people themselves who are often not aware of being denied their rights. ‘The older person doesn’t see it as an infringement of their rights. They just see it as a natural process of being old’ stated Peter Rayner, a member of AGE task force on accessibility, adding ‘We tend to be invisible and less confident as we age. We need systems that help us make our needs and rights recognized’.

The essential role of legal instruments…

Speakers and panelists highlighted the crucial role played by the EU in enforcing older persons’ rights thanks to the ratification of international rights treaty, such as the United Nations Convention on the Rights of Persons with Disabilities (CRPD) and proposals for a European Accessibility Act and a Work-life balance directive which are currently under discussion. According to Dr. Eilionoir Flynn, Director, Centre for Disability Law & Policy, National University of Ireland Galway, the CRPD adds new perspectives to the debate, not only for older persons with disabilities. It was not meant to create new rights, but to specify how rights apply in the specific context of disability. 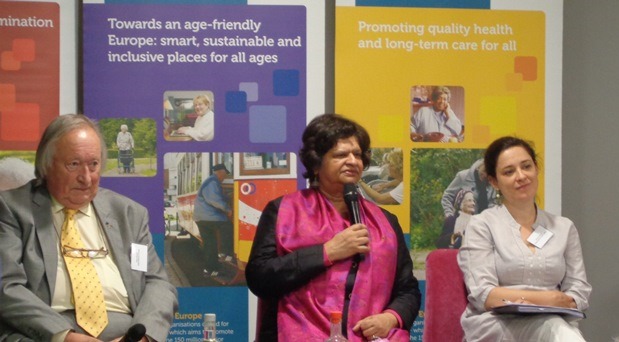 Those instruments entail a commitment of the EU and member states to respect these rights and make them respected in practice, as reminded Virginia Bras Gomes, Chair of the UN Committee on Economic, Social and Cultural Rights and moderator of the panel, pointing out the wrong allocation of resources.
'We need to move from equality in rights to substantive equality’. ‘But support is needed to exercise equality’, added one participant.

For Anna Chabiera, Office of the Polish Commissioner for Human Rights, legal instruments should provide for a spirit of cooperation between all levels - local, regional, international - and civil society. In Poland e.g. the state did not consult civil society meaningfully on the 2030 strategy. 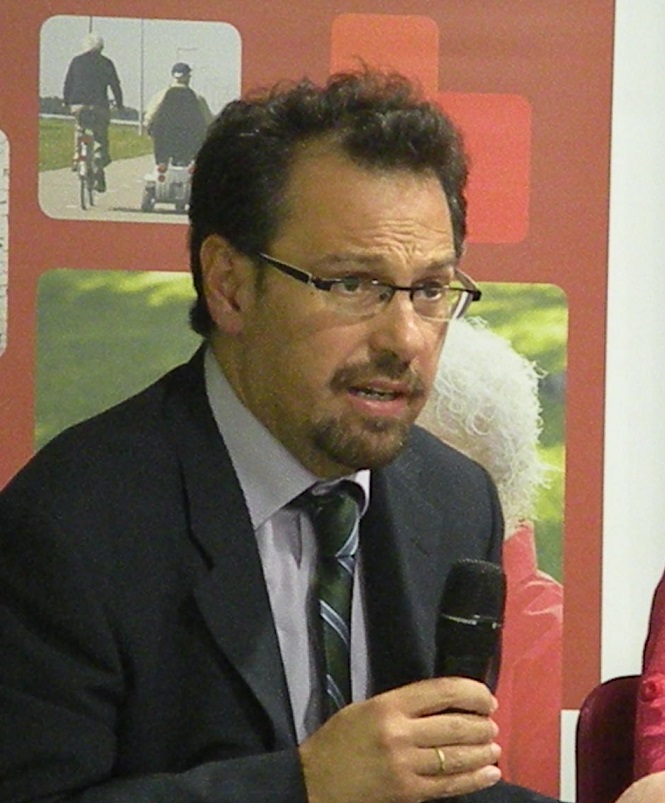 For Grigorios Tsioukas of the EU Fundamental Rights Agency, talking about rights is talking about legal instruments but also about funding. EU funds should help promote older persons' rights, as stated in the newly published Annual Report of the Fundamental Rights Agency, which dedicates its focus chapter to equal treatment for older people and respect for their fundamental rights and calls for the adoption of the proposed EU Equal Treatment Horizontal Directive. The report is fully in line with AGE policy positions.

…and of education and awareness raising! 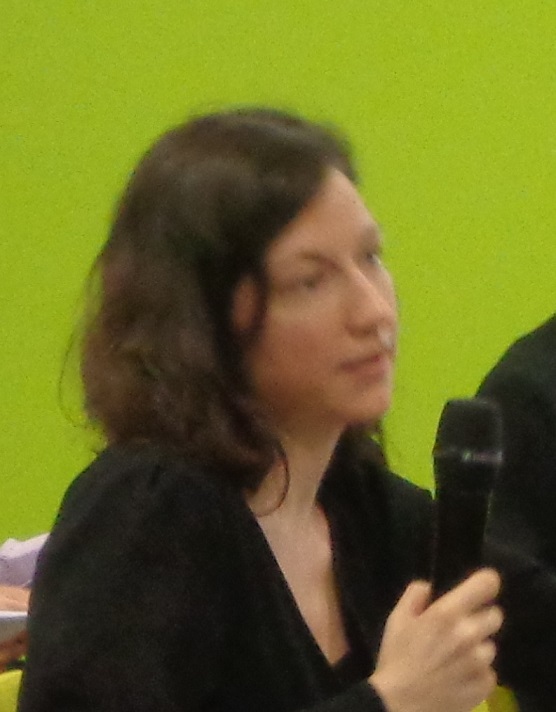 Another way forward was suggested by Nena Georgantzi, AGE Human Rights Officer, who underlined the need to clearly identify the concept of Human Rights of older persons in order to better acknowledge when they are not respected.  There is also a need for human rights education which includes ageism and teaches to recognize injustice when it happens. It needs to reach older people themselves, but also younger persons, families, professionals. Even some human rights organisations are not working on older persons’ rights. There is also a key role for older persons’ organisations to spread the word. 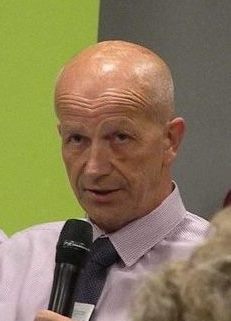 'Rights have changed my life', affirmed Chris Roberts, self-advocate and vice chair of the European Working Group for People with Dementia. ‘But first, we need to be aware of those rights. Ignorance is a barrier. We don’t know what we don’t know, until someone tells us’.

Self-determination and dependency: a delicate balance?

The question of self-determination triggered an intense debate, in particular when regard to persons with severe dementia. Shall important decisions be taken be close relatives who are supposed to better know the will and preferences of the patient? Do we keep the right to take risk as any other adult or shall the will of the person living with severe dementia be fulfilled even if this can put him/her in a life-threatening situation?

This is often difficult for family members to accept that their own parents become more and more dependent on care and support from others, however, as Anna Chabiera, Office of the Polish Commissioner for Human Rights, highlighted, ‘we need to learn embracing the change, which comes slowly but happens. The space for self-determination will be small if we do not acknowledge this change’.

The same idea was shared by Dr. Liesbeth De Donder, from the Free University of Brussels (VUB) and coordinator of the WeDO2 European project (2013-2015), who noted an existing tension in residential care homes between the older person’s right to self-determination and some care home regulations, e.g. with regards to safety, health, etc. What if self-determination was about putting no limit to older residents’ decisions and will, she asked. Mrs De Donder also put forward the idea of collaborative care, referring to the example of a care home in Southern Belgium that designs the whole service starting with older persons' self-determination. 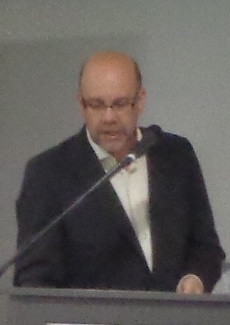 On the other hand, Dr. Peter Lloyd-Sherlock, Professor of Social Policy and International Development at the University of East Anglia, UK, brought forward different type of tensions, namely between what people's wish and what is their best interest. Could we learn from other public policies - e.g. those fighting obesity and unhealthy eating - to see how education can help reconcile preferences and best interest? asked  Dr. Lloyd-Sherlock.

For Anne-Sophie Parent, Secretary General of AGE, “we never lose our right to self-determination even we lose our ability to communicate our will and preferences.  Carers and relatives can learn to find out what an older person with severe dementia likes and dislikes. There are interesting initiatives which seek to respect the right to self-determination of persons with severe dementia while limiting risk for their health and safety”. 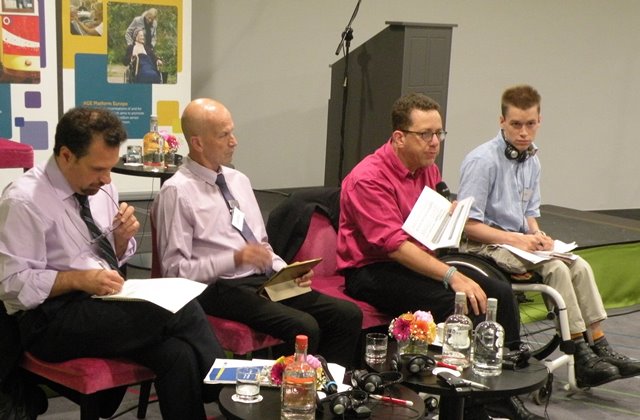 The breakout session that looked at how to enforce older people’s legal capacity, independent living and participation in the community, insisted on the key role of the legal framework to advance rights and ensure that the environment is adapted to the needs of persons with a disability or age-related impairments in order to support their autonomy. Inclusive environments also support human rights requirements, as Frank Sioen from the European Network for Independent Living (ENIL) pointed out: ‘In Belgium we have to vote, but persons with a disability don’t have to vote because the stations are inaccessible.’ Mr. Sioen added that support should also be provided according to the need for support in itself and not on the basis of criteria linked to age or disability. In many countries, assistance to persons with disabilities stops beyond a certain age. 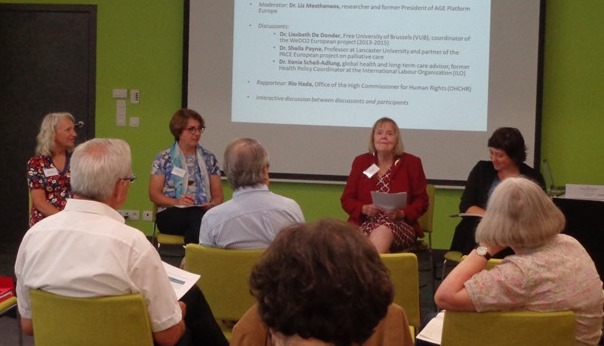 The second parallel breakout session on quality long-term and palliative care discussed the central role of palliative care in ensuring the dignity of older people with care needs and in respecting their choices. Dr. Sheila Payne, Professor at Lancaster University and partner of the European project PACE on palliative care in which AGE is involved, referred to palliative care as care provided to patients with a life-threatening condition. It requires mainstreamed medical services and should be implemented everywhere, in care settings or at home.

The session furthermore highlighted the deficits in terms of national frameworks and human resources to deliver adequate long term care, putting excessive pressure on care professionals and informal carers. Long term care can be seen as a cost that needs to be squeezed or on the contrary as an investment with significant returns, noted Mr. Rio Hada from the Office of the High Commissioner for Human Rights (OHCHR).

AGE annual conference was followed by AGE's General Assembly on 7-8 June, during which representatives from AGE member organisations from across Europe agreed on AGE priorities for the coming year and adopted their Manifesto for the European Parliament elections 2019. Embracing a holistic approach, AGE Manifesto covers the major issues to be addressed to enhance older people’s rights in an ageing Europe. In this key policy document, AGE members provide recommendations to candidates MEP to help enforce older persons' equal rights to take an active part in society and to live and age in dignity.